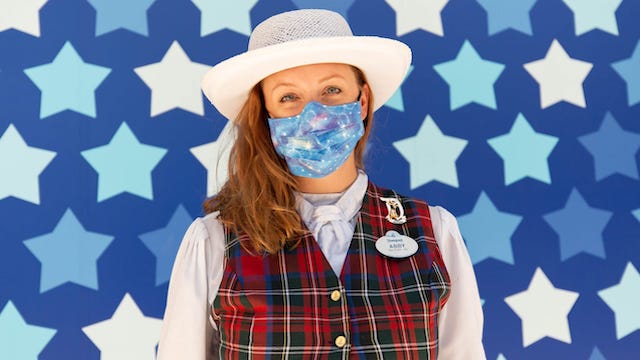 Another group of Disney World Cast Members is getting pulled out of furlough and called back to work! I am personally very excited for this because they are a big part of the Disney World experience!

There’s no doubt Disney World Cast Members are some of the sweetest and most dedicated group of people you will find. They make dreams come true and share so much pixie dust!

This is something they are engrained with since the very beginning of their Cast Member training. There are four keys that are part of of the learning and training process.

Each key is an integral part of the professionalism Cast Members display towards Guests and other Cast Members. Each key is essential, and together they guarantee an exceptional Guest experience.

They are: safety, courtesy, show, and efficiency. Recently, Disney World shared that a fifth key, inclusion, would also become part of the training.

You can read more about the keys HERE.

Most Disney World Cast Members were furloughed when the pandemic hit. A small group stayed to help ensure the essentials tasks of running a theme park (mainly animal care and security) continued to be met.

Slowly, they have been called back to work upon reopening. Some even moved to different operations to ensure employment.

Some furloughs have been extended indefinitely, and some Cast Members took a pay raise while others remained furloughed. Unfortunately, that’s just part of the nature of operating such a large business.

Some performing Cast Members have not been able to return to work yet because of negotiations with the Actor’s Equity Association. Fortunately, performers for the Frozen Sing-Along Celebration return next week, and it appears as if Disney may be gearing up for the reopening of Festival of the Lion King!

Next Set of Cast Members Called out of Furlough

Today we are happy to share another group of Cast Members are called out of furlough and will return to work on October 3!

Recreation Cast Members will be called back to their posts!

Some recreation Cast Members have already returned to work, but the return of even more means more recreational activities will be available for Guests!

Boat and bike rentals along with fishing at resorts will hopefully return with the return of recreation Cast Members! I was really hoping to rent the Surrey bikes during my recent stay at BoardWalk Villas and was disappointed to see this (and other recreation options) were unavailable.

It’s also important to note that when these recreational activities return, new health and safety protocols will be implemented.

Are you excited for the return of Recreation Cast Members? What activity are you excited to participate in? Let us know on Facebook.