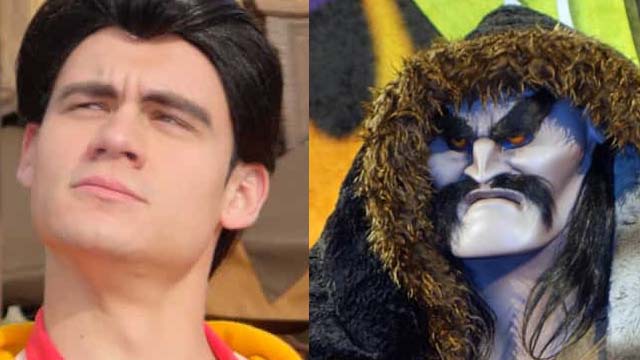 You asked for it, and we are giving it to you: another Kenny the Pirate Crew Tournament! March Badness is upon us, and now it’s time to vote for your favorite Disney Villain!

It’s time again for the Kenny the Pirate Crew to join in and vote! We love to hear from you all and can’t wait to see who you crown as champ.

This will be our fourth tournament. Previously, you have crowned your favorite Disney Attraction, Character, and Restaurant.

Now it is time to find your favorite Villain, and who doesn’t love a good villain? Without a villain, we wouldn’t have our favorite heroes. We need your help to find which Disney Villain is the baddest of them all.

Like the last three tournaments, this is a single elimination style tournament. The Villain with least amount of votes will be eliminated from the tournament. So let your voice be heard to find out who the crew will crown the baddest of them all.

Match Up 1: Gaston vs Shan Yu

In this movie Gaston wants to marry Belle and will find any way to do so. He flaunts his manliness and thinks a woman’s place is at home,. It’s a good thing Belle put’s him in his place!

I love that he used to meet guests as most villains are only out during Halloween or special events.

Be sure to check out the cinnamon rolls at his tavern; they are delicious! Not making a trip soon? Find the recipe to make them at home here.

Shan Yu is from Disney’s animated film Mulan. This film was released in 1998.

Shan Yu tries to take over China but is defeated by Mulan. Mulan risks her family’s honor by impersonating a man and joining the Chinese army. Mulan defeats Shan Yu and saves China.

Disney recreated this as a live-action film in 2020, however, Shan Yu did not make the cut and another villain was created. This film was delayed several times in theaters and finally made its arrival for viewers on Disney+ with premier access. Read Maggie’s review on the live-action film here.

Now it’s time for you to decide which villain in this match-up is your favorite! I can’t wait to see who the crew chooses.