Want to find out the back story on what led to the development of your favorite Disney heroes and villains? Have you ever wondered what happened after the Happily Ever After? Check out the list of great prequels and sequels set to stream on Disney+.

I absolutely love the live-action film Enchanted. This sequel will pick up where Enchanted left off. What happens after Giselle’s “Happily Ever After?” We shared about the announcement of this pre-production back in March. You can read more about this sequel HERE.

Originally Disenchanted was slated for a theatrical release. During the Investor’s meeting yesterday, it was confirmed that Disenchanted will be released on Disney+. With Amy Adams (the actress portraying the lead character Giselle) returning, this will be one “can’t miss” sequel.

Disenchanted picks up where giselle’s “happily Ever After” left off and will stream exclusively on disney+.

We were so excited to share that a Prequel is in the works for the live action Beauty and the Beast. It truly is a “Tale As Old As Time”, and we are so excited for the prequel to add to this enchanting story.

Josh Gad return to his role as LeFou, and Luke Evans will return as Gaston. Both actors did amazing in their previous roles. I am sure that they will not disappoint in portraying a different spin on such a classic Disney story.

At this time, “Beauty and the Beast” is still the working title for this prequel series set to stream directly on Disney+. Although, famed Disney composer, Alan Menken, may have possibly leaked the prequel’s title in an earlier interview. Check this out HERE.

No release date has yet been give, but I am so excited to see “My what a guy, GASTON” once again grace the stage as only Gaston can.

One of the most loved villains, in my opinion, has to be the ever-so-chic Cruella De Vil. But why did Cruella become puppy- crazed? One of the newest live action remakes for 2021 is the film Cruella, and it will help answer this question. This prequel to the 101 Dalmatian film stars Emma Stone and will be sure to have us all agreeing “it’s good to be bad.”

Although this film was originally rumored to be released in theaters in 2021, in the Investor’s meeting we learned that this will be released directly to Disney+ possibly by the summer of 2021.

Cruella will serve as a prequel to the 101 Dalmatian classic film To be released directly to Disney+ possibly by the summer of 2021.

You can find out about all of the great new live action films set to stream on Disney+ HERE. Also check out new content from National Geographic and Lucas Films. Also check out which film will be available both on Disney+ and theaters on the same day HERE. 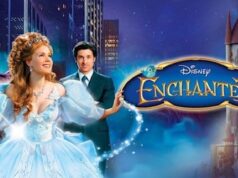 Here is when you can watch Enchanted on Disney+ 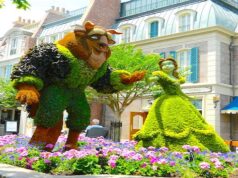 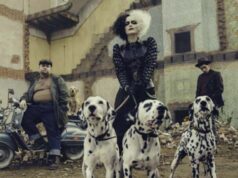