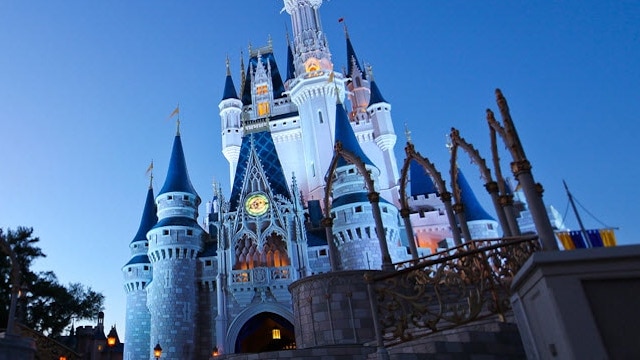 Hear ye, hear ye! A royal princess has been spotted greeting Guests in two places at the Magic Kingdom! Have you seen her lately?

Upon the reopening of Disney World, one of the many changes involved character meet and greets.

Disney announced that FastPass+, character dining, fireworks, parades, and character interactions as we knew them were temporarily paused. While we have no word when any of these will come back, Disney has tried their best to make magic happen with cavalcades.

Cavalcades are basically unannounced mini parades that appear in all four theme parks. You can check out our full guide HERE.

For Halloween, Guests are in for an extra special treat with not-so-spooky themed cavalcades! Just last week during my family trip, we saw Mickey and his friends along with villains!

Cadaver Dans are back as well!

Along with cavalcades, certain characters have been seen popping up around Disney World – specifically Magic Kingdom.

Both Pinocchio and Belle have appeared to Guests in recent weeks. We have also seen the Evil Stepsisters on the back of Cinderella Castle.

Joy, Winnie the Pooh, and Mary Poppins are a bit more consistent at Epcot. They don’t meet in the traditional cavalcade so you have the opportunity to interact with them a bit longer.

Stitch and Buzz regularly meet at Magic Kingdom on the Tomorrowland Stage as well.

Another Princess Spotted at Magic Kingdom

Cinderella is one of the princesses that meet in the Princess cavalcade. However, she has also been spotted in two other places!

First, she was just spotted two days ago meeting outside Fairytale Princess Hall!

Cinderella typically met in Fairytale Princess Hall along with Rapunzel, Tiana, and Elena of Avalor before the parks closed in March. This is a social distance meet meaning you can’t actually walk up to Cindy. However, you can interact with her from behind the fencing.

It officially opens today, but they did take Guests yesterday as walk up. And get this: the wait was pretty much non-existent! I’m talking 5 minutes or less to grab a table at one of the hottest restaurants on Disney World property!

Cinderella’s Royal Table won’t have the traditional princess meet and greet (and thus, they have adjusted the price to reflect that), but it looks like a few may pop in here and there. I have a reservation for an upcoming trip and I’ll be doing a full report when I return!

In the meantime, check out my breakfast review of Cinderella’s Royal Table.

Have you seen any characters lately? What do you think of these little pop up appearances? Share any photos and thoughts with us on Facebook!