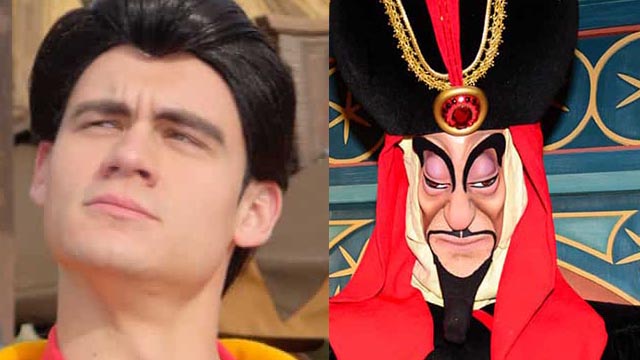 It’s time for the sweet sixteen! Let’s see who won yesterday and vote for your favorite in today’s Disney Villain match-up. Read on to vote!

This is our fourth tournament. Previously, you have crowned your favorite Disney Attraction, Character, and Restaurant. Today we start the second round of the March Badness Tournament.

Thanos took the lead yesterday and will advance to the second round. Check out the results below!

Below you will find an updated bracket. How is everyone’s bracket doing? Does anyone have a perfect bracket still?

We are now in the second round of the March Badness tournament. We will start in the Male Villain Category. Today’s match-up is Gaston vs Jafar.

In this movie Gaston wants to marry Belle and will find any way to do so. He flaunts his manliness and thinks a woman’s place is at home. It’s a good thing Belle puts him in his place!

I love that he used to meet guests as most villains are only out during Halloween or special events.Be sure to check out the cinnamon rolls at his tavern; they are delicious! Not making a trip soon? Find the recipe to make them at home here.

Jafar is from the 1992 Disney animated film Aladdin and also appears in the 2019 live action film. He is the Royal Vizier of Agrabah and the Sultan’s “most trusted and loyal advisor”. Despite his “loyalty” to the Sultan, he has alternative plans to eventually take over as Sultan and rule all.