Disney’s After Hours Boo Bash is going to be a fun way to celebrate Halloween! Disney advertises this event as having “limited crowds,” but then released new tickets for sold out dates! Which Boo Bash events are now showing as “sold out” again?

Disney fans won’t get the opportunity to celebrate Halloween with Mickey’s Not So Scary Halloween Party this year. However, this won’t keep us from having a spooky celebration!

This event is sure to be a hauntingly good time, although it originally faced harsh criticism and extreme frustration from Disney fans.

I personally can’t wait for After Hours Boo Bash! I’ve been to one of Disney’s After Hours events before, and I absolutely thought it was worth the price!

Which dates are sold out?

After initially selling out several dates for this exclusive event, many nights were once again showing ticket availability. This lead us to wonder if Disney had increased capacity to this limited capacity event.

Some are speculating that tickets could have initially been held back from Guests. Disney has not released a statement on what led them to release extra tickets.

The newest After Hours Boo Bash date to sell out is Friday, October 8.

Do you have plans to attend Disney’s After Hours Boo Bash this fall? Are you attending on a sold out night? Let us know in the comments below or on Kenny the Pirate’s Facebook page. 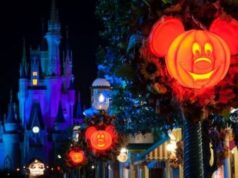 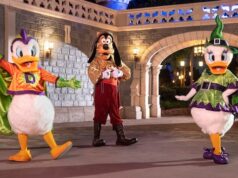