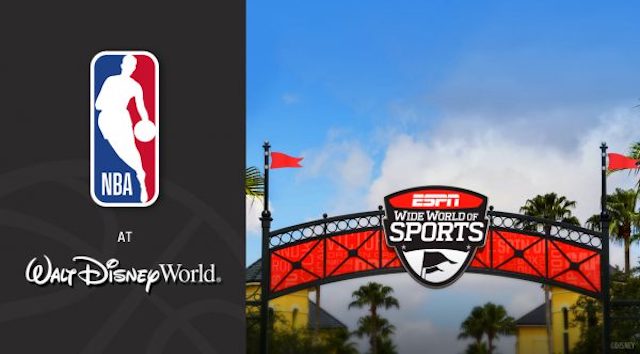 The NBA is returning to Disney World in 2021. Find out when they will arrive, how long they will stay, and how this will affect your upcoming trip.

Over the summer, Disney World came to an agreement with the NBA to allow them to finish their season on property. Their season came to an abrupt halt in March 2020 due to the pandemic.

Players stayed at the Grand Floridian, Gran Destino Tower at Coronado Springs, and Yacht Club during the months of July and August and played games at the ESPN Wide World of Sports Complex, which is located near the All Star Resorts, Pop Century, and Art of Animation.

The fact that the NBA played and lived in the Disney bubble did not come without controversy. From required MagicBands and access to the parks after hours to food issues and boycotted games, their stay was filled with drama.

Although they were certainly issues with the NBA taking over parts of Disney World, both Disney and the professional basketball organization seemed to like the agreement because they will be returning in 2021.

According to the official release, “The NBA G League announced today that 18 teams, including 17 NBA G League teams and G League Ignite, will take to the court in February at ESPN Wide World of Sports Complex at Walt Disney World Resort near Orlando, Fla. The top eight teams will advance to a single-elimination playoff.

‘Our Cast Members are eager to work with the NBA family again and welcome in the next round of talented basketball players to compete at ESPN Wide World of Sports Complex,’ said Faron Kelley, vice president of Disney Sports. ‘Most importantly, Disney and the NBA G League will continue our shared focus on the necessary safety protocols for the well-being of the players, coaches, staff and everyone supporting this event.’

The complete 2021 NBA G League game and broadcast schedule will be announced at a later date.”

How will this affect your trip?

Although specific dates have not been announced, the games will start in February and potentially go into March.

Disney did a really great job keeping Guests and players separated during the 2020 season. Of course, this was pretty easy when you consider how many resorts were closed off during the first few months of the reopening.

Gran Destino and Yacht Club were completely closed to Disney Guests, and barricades separated players from everyone else at Grand Floridian.

It’s possible these resorts will be home to the NBA G League during their stay. The only other resorts that aren’t open are the All Star Resorts and Port Orleans Resorts, but I doubt they would put them there.

We may also continue to see shortened hours so players can head to the theme parks in the evenings again. However, that will likely be the extent of disruption Guests will experience as the G League plays at the ESPN complex.

We will be sure to keep you updated as news rolls in! Share your thoughts with us on Facebook.