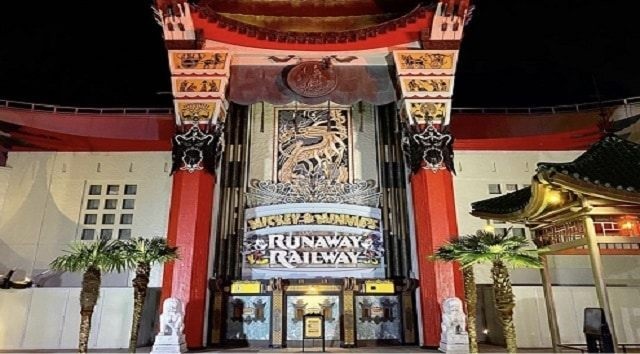 Are you wondering whether a Hollywood Studios attraction is too scary, thrilling, or intense? If so, you have come to the right place!

Is it Scary? Hollywood Studios

If you are anything like me, at least one member of your Disney travel party probably has fears, anxieties, or discomfort associated with certain types of attractions. You need to know one thing: Is it scary? Here, I will go into the details of all the rides at Hollywood Studios.

Hopefully it will assist you and your friends, family, and travel buddies in making informed choices as you prepare for your upcoming trips to Hollywood Studios in Walt Disney World! You can plan what your must dos and your must skips.

If there is anything I have learned about traveling to Disney with multiple groups of people, it’s that nearly every attraction has something that is a potential trigger for fear or discomfort for someone out there. What doesn’t bother some may be a deal breaker for others.

I have done my best to think of everything. However, if I missed something that you think may help a fellow World traveler, please let us know in the comments!

By the way, this is my final post in the “Is it Scary Disney Parks Series!” If you missed the others, be sure to check out all the links at the end of this post!

I have to caution you that this post contains SPOILERS. If there is an attraction you have not experienced, and you want to be surprised, you should not read any further.

All of the attractions are split up by headings, and I am saving the newer ones like Rise of the Resistance for last, so if you want to read about some and skip others, you can scroll on through with ease.

Alien Swirling Saucers is not particularly scary by design. It is themed around the lovable Toy Story aliens in the claw machine.

It does have a height requirement of 32′‘, so you cannot take a baby or a small toddler along with you. Those traveling with tiny tots will have to arrange a rider swap.

I think this ride is cute, and my kids have enjoyed it since they were very small. However, it does have a few elements that may make riding uncomfortable.

Toy Story Mania! is something my whole family loves. It is a fun 4D shooting game where riders try to hit targets with virtual pies, darts, balls, or other carnival style ammunition.

This ride has no height limit. However, it does require the use of 3D glasses, so if you feel your little one is too young for 3D experiences, you may want to avoid this one.

This ride is relatively tame, and is intended to be fun and not particularly thrilling. However, it might present a problem for some riders.

Slinky Dog Dash is a family friendly roller coaster. It has a height requirement of 38″, and it is strictly enforced.

This coaster is a lot tamer than other thrill rides like Space Mountain, Expedition Everest, and Rockin’ Roller Coaster. However, it has the potential to feel scary, especially for anyone who is not really a coaster person.

That being said, I am not really a coaster person myself. I will ride them, but they scare me! Even so, I love Slinky Dog Dash and think it is lots of fun. My little boy does, too.

However, some kids and adults might find it terrifying. My little girl really wanted to ride when she hit the height limit. She proudly stepped on, delighted by the ride vehicle, and then she did not like it one bit and begged to get off about 20 seconds in.

That said, she told me just the other day that she wants to give it another try now that she is a little bit older. Maybe she will love it the next time!

Star Tours is a 3D flight simulator that splices together a variety of scenes from the films to create a riveting adventure through hyperspace. It has many potential scene combinations from various films in the franchise. As a result, it can feel different each time you ride it.

Guests must be 40” to ride this one. It is also 3D, so make sure everyone in your party is comfortable with 3D glasses before you hop aboard.

I personally love Star Tours and will do it any time. BUT it can make me feel a little disoriented after too many times on repeat.

Rock ‘n’ Roller Coaster is one of Disney’s most intense coasters. It is a true thrill ride that takes guest on a super-stretch limo ride through Hollywood with the musical styling of Aerosmith blasting the whole way.

It has a 48” height requirement. Families with smaller guests will need to utilize rider swap.

It is an indoor coaster, and it is mostly dark. I love this coaster, mostly because it doesn’t start off with a giant lift, which is my least favorite part of most coasters.

So what’s so intense about it?

Tower of Terror is an elevator ride that ends with a free-fall drop. To me, it is simultaneously one of the most well done, yet intimidating attractions in the park.

The ride has a 40” height requirement. It offers rider swap as a result.

Is it scary? This ride has the potential to live up to its name and to be absolutely terrifying for guests who do not relish thrill rides. I personally love it, but I surely do have to psych myself up to get on it. And, sometimes I pass it up altogether.

Here are some things to be aware of before you ride or convince someone else in your travel party to ride:

Mickey and Minnie’s Runaway Railway is one of Hollywood Studios’s newest attractions. As I mentioned, there are spoilers here!

The ride starts off as a train ride with Goofy. When your train car becomes separated from its engine, Mickey and Minnie spring to the rescue to chase you down.

There is no height restriction for this ride. Guests of all ages can enjoy it.

Is it scary? It is meant to be a family friendly ride. Even so, here are a few things to consider before you or the members of your travel party ride.

Smuggler’s run is an interactive simulator ride where guests must pilot the Millennium Falcon in order to complete a mission for Hondo Ohnaka.

Guests are split into teams of a maximum of 6 people. If your party is larger than 6, know that you will be split up.

Each rider is assigned a role. You will be either a pilot, a gunner, or an engineer.

Guests must be a minimum of 38′ tall to ride this ride. But even if guests are tall enough to ride, they may meet some frustration with being unable to reach all the buttons, so keep that in mind if you think this might cause upset for the younger members of your party.

Pirate Tip: If you have a smaller member of your travel party as a gunner, put it in automatic mode. That way he/she only has to push one button to fire.

Here are a few things to consider before you ride:

Rise of the Resistance is a hot attraction right now. It is an immersive experience that puts guests right in the middle of the Star Wars action.

The ride has multiple stages, including a pre-show, a ride aboard a simulated transporter, and a walk through that occur prior to the main part of the ride. The rest takes place in a ride vehicle with a trackless system.

The attraction has a 40” height requirement. It offers rider swap for parties that need it.

Before you attempt to ride, you should be familiar with the Boarding Group system. Guests must secure a boarding group time in order to enter the ride queue.

Acquiring a boarding group might be the scariest, most intense part of the ride, and it can end in disappointment. To read all you need to know about boarding groups click here.

The ride itself can be a bit intense, but exhilarating. It is extremely well done.

Here are some things to know about before you and your party ride:

Overall, Hollywood Studios is the park with the highest proportion of thrill rides. It also has the smallest number of rides with no height requirements, totaling at only two.

Is it scary? Hollywood Studios provides lots of reasons to say, “probably.”

Even so, my little one who does not enjoy thrills always manages to have fun when we go. She only enjoys a few of the rides, but she loves seeing the characters and the theeming. The snacks are plentiful, and she can always grab a nap in the stroller.

If you want to read about the thrill levels in the other parks, check out my other “Is it Scary” posts by clicking the links below:

What is your favorite Hollywood Studios Attraction? Are there any that are too intense for you? Is it Scary? Let us know your thoughts on  Kenny the Pirate’s Facebook Page, or join our crew and continue the discussion!