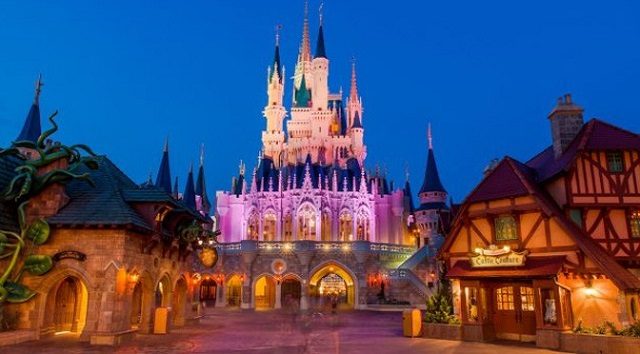 If you will be traveling to Disney World for Spring Break, heads up: Magic Kingdom and Animal Kingdom operating hours have changed! Read on for details, dates, and what this means for you.

With the busy Spring Break season approaching, Disney is updating operating hours to accommodate the influx in crowds. Spring Break is one of the most popular times of the year to visit so changes were a possibility.

We just saw park hours change at Disney’s Hollywood Studios. Many dates were affected in March and April.

Just a few weeks ago, park hours were updated for Magic Kingdom in February. You can see all those dates HERE in case you will be vacationing at the end of February into March.

To see the new times, head over to Kenny’s FREE crowd calendar for March 2020. You will find changes for the following dates at Magic Kingdom:

You will find changes for the following dates at Animal Kingdom:

To see the new times, head over to Kenny’s FREE crowd calendar for April 2020. You will find changes beginning April 1 and going until April 4 at Magic Kingdom. There are no new hours in April at Animal Kingdom.

Touring plans, maps, character interaction tips, and full menus can all be found on Character Locator!

What do these changes mean for you?

If park hours have been extended during your stay, you will find additional FastPass+ selections for attractions, including popular or hard-to-get ones! You may grab a Seven Dwarfs Mine Train or Flight of Passage now if you weren’t able to get it earlier!

If they haven’t popped up immediately, it may take a day or so. Keep watching!

Also, more Rivers of Light shows at Animal Kingdom were added in March.

Are the changes in park hours affecting your trip at all? Share with us if you were able to grab popular FastPasses during these new times! You can comment on facebook or share with your friends using the large Facebook button below.

All the Reopenings, Refurbishments, and Events at Disney World in August...