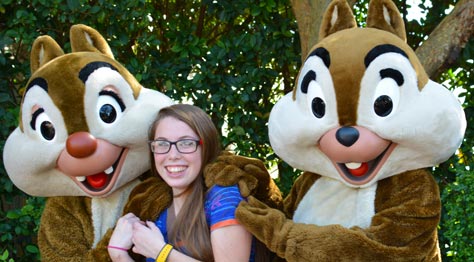 Yesterday I posted a rumor update about the removal of Aurora and Pooh characters from Epcot.  I have some additional details to add that may not make some too happy.

Aurora and Pooh characters will indeed be removed, but I failed to mention that Chip n Dale will not be appearing at Epcot for their regular meet next to Innoventions for the forseeable future too.  (Continue to meet in Garden Grill). Chipmunks will still appear at every other location in Disney World, which is abundant and they appear nekkid in Animal Kingdom as well.

Here’s a few more tidbits I received from someone truly in the know.

Don’t shoot the messenger and don’t forget, this website, nor anyone that writes for it, doesn’t work for Disney,.  Just pass along the tidbits and rumors we receive as it comes in.