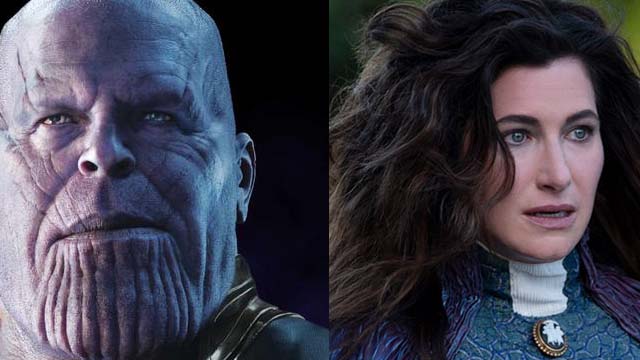 It’s our final match-up of Round 1 and then we move on to the Sweet Sixteen! Now is the time to see who won yesterday and vote for your favorite in today’s Disney Villain match-up. Read on to vote!

This is our fourth tournament. Previously, you have crowned your favorite Disney Attraction, Character, and Restaurant. Round one of March Badness continues with the sixteenth match-up.

Winter Soldier won yesterday’s match-up. Check out the results below!

An updated bracket is shown below. How is your bracket looking?

Match up 16: Thanos vs. Agatha

We are now in our final match-up of the Avengers Category and Round 1! Tomorrow we’ll move on to the Sweet Sixteen. Today’s match-up is Thanos vs. Agatha.

In the new series, WandaVision on Disney+, we first meet Agatha, as Agnes, Wanda’s neighbor. Agatha, better known as “Agatha Harkness” is a powerful witch. She has lived for centuries.

She has the power to cast powerful spells and is very manipulative. One of her students is Wanda, who is also known as the Scarlet Witch. Agatha is not really a typical “villain”, but can we really trust her? I sure would not!