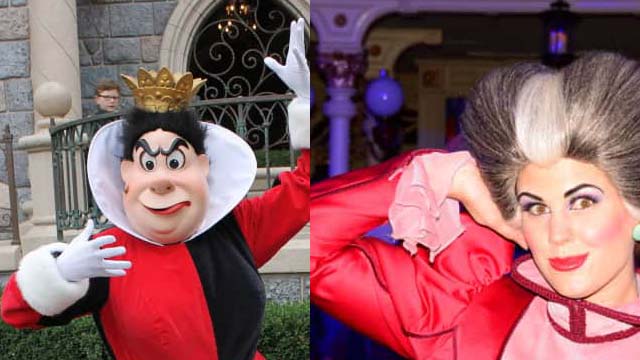 It’s day seven of the March Badness Tournament. It is time to see who won yesterday and vote for your favorite in today’s Disney Villain match-up.

This is our fourth tournament. Previously, you have crowned your favorite Disney Attraction, Character, and Restaurant. Round one of March Badness continues with the seventh match-up.

Below you will find an updated bracket.

We are still in the Female Villain Category. Today’s match-up is the Queen of Hearts vs Lady Tremaine. It is only fitting that the ladies from Disney’s 12th and 13th animated films face-off against each other.

Everyone is “a little mad here” in Wonderland, although she may be more so. The Queen of Hearts likes it when things go her way. When they didn’t, she blamed Alice and sentenced her to be beheaded. Luckily, Alice got away.

Lady Tremaine figures out that the glass slipper left behind at the ball belongs to Cinderella. She tries almost everything to hide the fact that Cinderella is who the Prince is looking for, including tripping someone to drop and break the glass slipper.