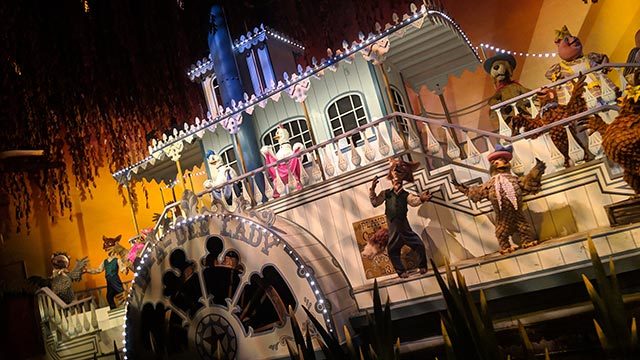 This morning, Josh D’Amaro shared an update for the Splash Mountain retheming along with the announcements that more inclusion projects will happen. Full story below.

Today is quite the Disney News morning! Not only have we received an update for Remy’s Ratatouille Adventure, Starcruiser rooms, and the 50th Anniversary celebrations, but D’Amaro has also updated us on entertainment. Read the full story HERE.

Stay tuned for more as we share information regarding more Disney updates!

Back in June, Disney announced that a major reimagining of Splash Mountain would happen. This attraction, based on the controversial 1946 film “Song Of the South,” has been a fan favorite since it debuted in 1989.

Disney adds that the new theme has been being worked on since last year.

This morning, D’Amaro announced that the Princess and the Frog/Splash Mountain retheme will be expedited to ensure that all who visit the parks do feel welcome as well.

We still have no idea when Splash Mountain will close or when the Princess and the Frog ride will open. I have been fortunate enough to experience this attraction a number of times since the reopening of Disney World. If you plan to visit soon to ride it, I hope you get to experience one last time as well!

Inclusion became the fifth key of Cast Member training. This new key, inclusion, represents The Disney Company’s commitment to cultural transformation. It will now be a part of every day working life for Cast Members.

D’Amaro noted that there will be more to come regarding inclusion projects, starting with the Splash Mountain retheme.

While we don’t have any other specifics, we will be sure to update you all on the latest in Disney Parks news.