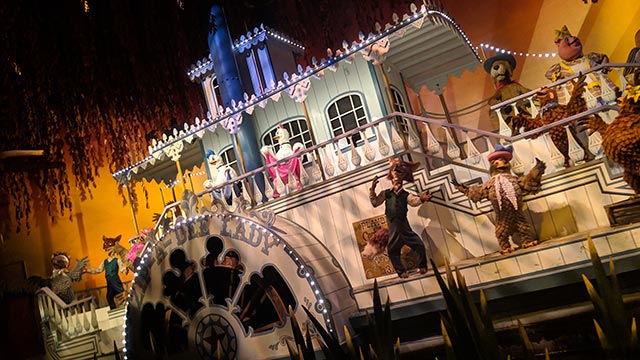 Disney announced that Splash Mountain, one of Walt Disney World and Disneyland’s most popular rides, will be completely re-themed. Here’s what we know so far.

News today from Disney will have fans split down the middle for sure: Disney will be reimagining Splash Mountain at both Walt Disney World and Disneyland.

The log flume ride won’t be removed, thankfully, but there will be an entirely new theme when the reimagining is complete.

This attraction, based on the controversial 1946 film “Song Of the South,” has been a fan favorite since it debuted in 1989.

According to CNN, the attraction will be completely re-themed to star the characters from 2009’s animated film, “The Princess and the Frog.”

The move comes after fans urged Disney to re-theme Splash Mountain because of the racial stereotypes from “Song of the South.’ The film has been criticized for its stereotypical portrayals of African Americans.

The film has been so controversial that Disney has not released it in decades, and has not allowed it to be shown on Disney+, either.

An online petition was circling asking Disney to re-theme Splash Mountain to “Princess and the Frog.”  The petition was signed by over 20,000 people.

“While the ride is considered a beloved classic, its history and storyline are steeped in extremely problematic and stereotypical racist tropes. There is a huge need for diversity in the parks and this could help fill that need.”

Disney states the new attraction concept is “inclusive” and “one that all of our guests can connect with and be inspired by.”

“It speaks to the diversity of the millions of people who visit our parks each year,” Disney stated.

Disney adds that the new theme has been being worked on since last year.

Disney shares “In 1966, Walt himself opened New Orleans Square when it became the first new “land” added to Disneyland park, so it feels natural to link the story and the incredible music of ‘The Princess and the Frog’ to our parks.”

The new attraction will feature “some of the powerful music from the film as they prepare for their first-ever Mardi Gras performance.”

“Tiana is a modern, courageous, and empowered woman, who pursues her dreams and never loses sight of what’s really important,” Disney stated.

“It’s a great story with a strong lead character, set against the backdrop of New Orleans and the Louisiana bayou.”

The voice of Princess Tiana ,Anika Noni Rose, shared, “It is really exciting to know that Princess Tiana’s presence in both Disneyland and Magic Kingdom will finally be fully realized! As passionate as I am about what we created, I know the fans are going to be over the moon. The Imagineers are giving us ‘The Princess and the Frog’ Mardi Gras celebration we’ve been waiting for, and I’m here for it!”

No date has been released as of yet for the new attraction’s debut, but Disney states “conceptual design work is well underway.”

“Imagineers will soon be able to conduct preliminary reviews and develop a timeline for when the attraction transformation can begin.”

For now, Splash Mountain will open as is when Walt Disney World and Disneyland “open up the gates!”

What are your thoughts on Disney reimagining Splash Mountain to “Princess and the Frog?” Let us know on Kenny the Pirate’s Facebook Page, or join our crew and continue the discussion!