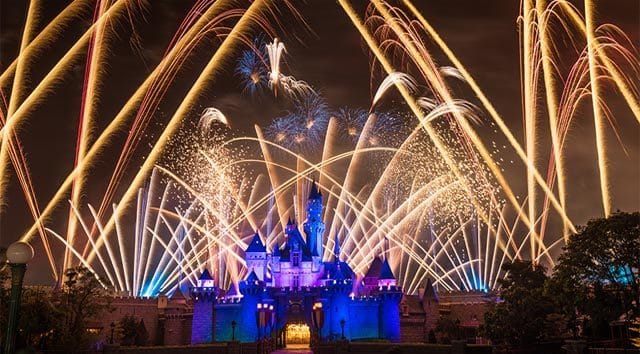 Hong Kong Disneyland Park and Resorts was the second Disney resort to have a temporary closure due to COVID-19 back in February of 2020. During this temporary closure, the Disney Park has allowed the Hong Kong government to use the park’s undeveloped expansion land as a temporary quarantine facility.

We have seen signs that the Hong Kong Disneyland Park is practicing trial runs with establishing social distancing in park entrances and in queue lines.

Just from the entrance of the park we can see that they are using “fake guests” to practice using social distancing throughout the park to ensure the health and safety of both Cast Members and guests.

There has also been talk that construction work has now resumed on the new Frozen themed land and castle. This new area of the park had a projected completion date set for 2021.

Disney Parks has shared so many great magical moments with us during this time of social disntancing. Recently they shared the Flight of Fantasy Parade straight from Hong Kong Disneyland.

Opening of other Disney Parks

Disneyland received news that it may be a few months before the “Happiest Place On Earth” may be able to re-open. Likewise, Disneyland Paris may still have several more months before re-opening.

A glimmer of hope has shown brightly from Shanghai Disney as a testing of fireworks was seen from the park last night.

It is still uncertain when many of the beloved Disney Parks may be able to re-open, but these small steps give us hope that we may be able to experience the Magic of Disney once again.

What do you think about the steps that Hong Kong Disneyland is taking with social distancing in queue lines and calling “fake guests” in the park? Please share your thoughts on the KtP Planning Group page and on our Facebook Page.