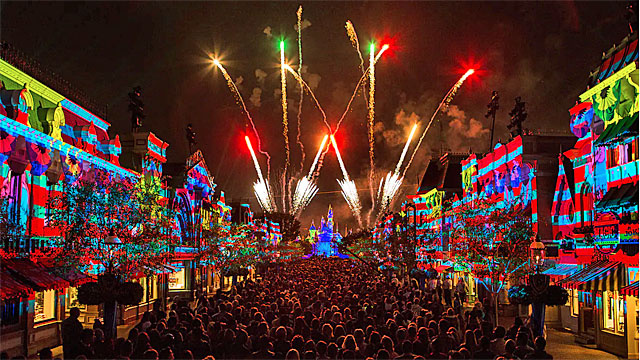 Disney entertainment is a crucial part of our parks experience. Many of our fondest memories involve watching a joyful parade on Main Street USA or an eye-catching fireworks demonstration in the castle hub. Some highly acclaimed entertainment is going away soon, so be sure to catch the magic before it flitters away.

Whether you’re a fan of full parades like Magic Kingdom’s Festival of Fantasy Parade or prefer the shorter cavalcades, entertainment is a huge part of Disney vacations. One of my (Susan) favorite things about going to Disney is all of the unique entertainment and characters. Unfortunately, this Disney theme park is losing 2 of it’s most popular things!

The Main Street Electrical Parade features floats, live performers and tons of twinkling lights and music. It originally debuted in Disneyland and has been seen in other Disney parks, including Walt Disney World.

The parade was a longtime favorite for many guests. Some fans are hoping it will return to Disney World.

Discover a spectacle like no other as you’re surrounded by a mesmerizing mix of breathtaking pyrotechnics and amazing visual effects.

One minute, you’re standing on Main Street, U.S.A. And the next, you’re transported to the worlds of timeless Disney tales—soaring over London with Peter Pan, stampeding across Simba’s Pride Lands, diving down under the sea with Nemo and friends, or caught up in a swirling snow flurry right out of Frozen!

Using all of Main Street, U.S.A. and iconic Disneyland locations like the Matterhorn mountain, Rivers of America and “it’s a small world” as its stage, this showcase takes you on an amazing adventure that proves just how magical The Happiest Place on Earth can be.

Disneyland Forever features the song “Live the Magic” and the exit song “Kiss Goodnight,” the latter of which was written by Disney Legend Richard M. Sherman.

What are your thoughts on these shows coming to an end? Do you hope the “Main Street Electrical Parade” will come to Disney World? Please tell us about it in the comments below or on our Facebook page.