The holidays are well underway, and as Walt Disney World prepares for HUGE crowds this holiday season we have a few indications that this spectacular firework show may be returning.

This week many Disney Guests have already arrived at Walt Disney World for the Thanksgiving holiday. Check out the incredibly high holiday wait times HERE.

In addition to this, this morning we shared that Walt Disney World has halted the sale of many of the NEW Annual Passes. Those hoping to renew their Annual Pass will be unaffected, but be sure to check out this will affect new Annual Pass sales HERE.

Finally, we can see that week of Christmas and New Years will be expectantly busy as Walt Disney World has now halted sales of tickets for select dates. Coincidentally the dates that are blocked for ticket sales are also dates that no longer offer Park Pass Reservations. Be sure to check these dates for unavailable tickets HERE.

With large numbers of Guests visiting Walt Disney World for the holiday season, we have seen extended hours added to the Park calendar. For example, Magic Kingdom will close at 9:00pm December 26th through December 29th.

Does this mean we will see New Years Eve fireworks?

With the extended hours for Magic Kingdom, they have made an interesting change to the time of the firework show, Enchantment. Typically this show delights Guests with brilliant projections and amazing fireworks at 8:00pm each night.

On both December 30th and December 31st, Guests will be able to watch Enchantment at 6:30pm. What could possibly cause the Disney Parks to change the time of this firework show on a night when the Magic Kingdom is set to close at 1:00am?

We believe that this is an indication that Fantasy in the Sky New Years firework show will be returning. If the hours are an indication it appears that these would be available on both December 30th and December 31st.

Although the Walt Disney World website has not yet confirmed this, it appears that the announcement will be made soon. We believe that this would truly be a magical way to ring in the New Year while at the “Most Magical Place on Earth.”

We believe that this is an indication that Fantasy in the Sky New Years firework show will be returning in addition to Guests enjoying Enchantment earlier in the evening.

Will you be visiting Walt Disney World for the holidays? Have you enjoyed New Years Eve in the Disney Parks? Have you seen Fantasy in the Sky fireworks before? Share your thoughts with us on our Facebook Page. 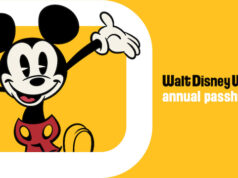 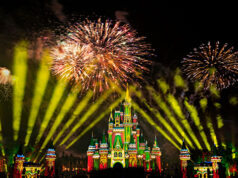 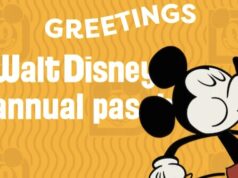