Have you been excitedly waiting for Enchanted to head to Disney+? We now have a date for this exciting film and a review of what we have learned about the sequel film below.

Disney+ day is celebrated on November 12th to commemorate the date that Disney+ debuted in 2019. This year, to mark the second anniversary of Disney+, fans will be celebrating at home with unbelievable content such as a new short from the Simpsons and a new Luca short. Be sure to check out even more great content HERE.

Guests visiting the Disney Parks on November 12, 2021 will enjoy additional doses of pixie dust from early morning entry to special characters and even special magic shots.

I absolutely love the live-action film Enchanted. This sequel will pick up where Enchanted left off.  What happens after Giselle’s “Happily Ever After?” We shared about the announcement of this pre-production back in March. You can read more about this sequel HERE.

Originally, Disenchanted was slated for a theatrical release. During the investor’s meeting, it was confirmed that Disenchanted will be released on Disney+. With Amy Adams (the actress portraying the lead character Giselle) returning, this will be one “can’t miss” sequel.

Be sure to check out the complete line-up of this star-studded cast HERE. We are so excited that many of the original lead actors will be returning for this sequel.

The wait is finally over for Enchanted fans because it is finally headed to Disney+. Disney+ subscribers will be able to watch the Enchanted film on November 12, 2021 (Disney+ Day.)

That gives you just enough time to tear down the curtains from your living room to make an elegant gown to watch this in style.

Do you love Enchanted? Have you been looking forward to this sequel Disenchanted? Share your thoughts with us on our Facebook Page. 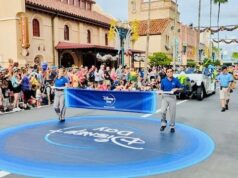 See all the photos from the exclusive Disney+ Day cavalcade 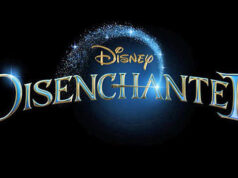