Are you excited to see the Sanderson sisters reunite in Hocus Pocus 2? Check out the newest details for the film here!

Ever since Disney+ took the opportunity on Investor Day 2020 to drop the news that the Sanderson Sisters would be back to run amuck (amuck amuck) in an all new film, we have been saying, “Cometh to us, Hocus Pocus 2!” Fans embraced the news cheerily.

After all, many of us grew up watching the 1993 film every Halloween. Let’s be real, some of us probably didn’t limit ourselves to Halloween and watched it every day.

The original film focuses on three witches who are executed and then resurrected 300 years later in Salem, Massachusetts. The witches are dead set on achieving immortality, but a group of children make it their mission to foil those plans.

In the sequel, three young teenagers accidentally bring back all three of the wicked sisters back to modern day Salem. We can’t wait to see what antics they have up their sleeves after all this time.

When to Stream It

The Film is set to drop on Diseny+, Disney’s streaming service. While there is no specific date, we know it is coming in fall 2022.

The Walt Disney Studios has announced when we can expect to see the film and has also confirmed all three wicked sisters will be starring. Bette Midler, Sarah Jessica Parker and Kathy Najimy will all reprise their roles.

Today, Disney+ added some news for fans via Twitter. In addition to the original 3 stars, Disney+ has unveiled the rest of the cast.

Are you excited to hear the confirmation of Hocus Pocus 2 coming to Disney+? Let us know in the comments on Facebook and in our Facebook group. 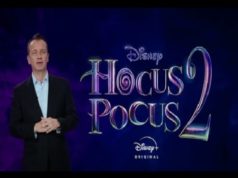 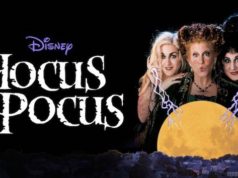