As the Walt Disney World 50th Anniversary Celebration kicks off, Disney shared a preview of the planned DVC expansion at the resort as well as the enhancements to current DVC rooms. What do you think of photos?

The Grand Floridian Resort is one of the nicest and most elegant resorts on Disney property. It serves as one of the flagship resorts with its high quality, fine dining, and experiences. It is one of the highly sought after hotels by guests.

“Revel in Victorian-style splendor and enjoy the comforts of home at this elegant Disney Resort hotel. Stay in a stately deluxe studio or multi-bedroom villa. Indulge in a luxurious massage at the full-service spa or receive a grooming service in the salon. Unwind outdoors as evening fireworks light up the sky over Cinderella Castle. Just one stop from Magic Kingdom park on the complimentary Resort Monorail, this timeless marvel evokes Palm Beach’s golden era.“

With such a high demand, availability at the hotel is often scarce, especially for the DVC portion of the resort. Before the planned Disney Vacation Club expansion, there were only about 100 DVC suites that ranged from studios to 3 bedroom villas.

In May we shared an update on the plan to convert the Big Pine Key Building (which is a non-DVC building) into about 200 DVC studios. Disney confirmed yesterday that this expansion is still on schedule to be completed in the summer of 2022.

In addition to the schedule update, Disney also shared images of the new DVC rooms as well as enhancements planned for the existing DVC deluxe studios and villas.

The proposed new resort studios will feature two queen-sized beds and a day bed. These studios can accommodate up to five guests.

As noted on the Disney Parks Blog, there is a room for every traveler at the Villas at Disney’s Grand Floridian Resort & Spa. DVC members will have access to all room types. Existing villas will receive enhancements as well.

The deluxe studios, which also can accommodate up to five guests will feature a queen bed, pull-down queen bed that tucks into the wall, and a pull-down bunk-size bed.

For larger families guests can enjoy the spacious accommodations in a three bedroom grand villa. With room for up to 12 guests, the grand villas feature two bedrooms with two queen beds in each, along with a primary room featuring a king bed. These grand villas offer a dining area and large living room.

In addition to the enhancements noted above, the rooms will feature accents such as Mickey and Minnie Mouse Victorian-themed silhouettes and other artwork featuring Mary Poppins and Dumbo.

Are you excited for the planned DVC expansion at the Grand Floridian? Do you have a trip to the resort planned? What are you thoughts on the room photos? Let us know in the comments below or on Facebook! 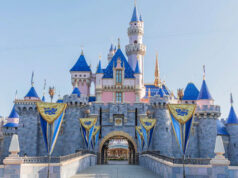 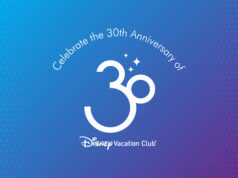 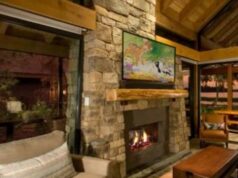