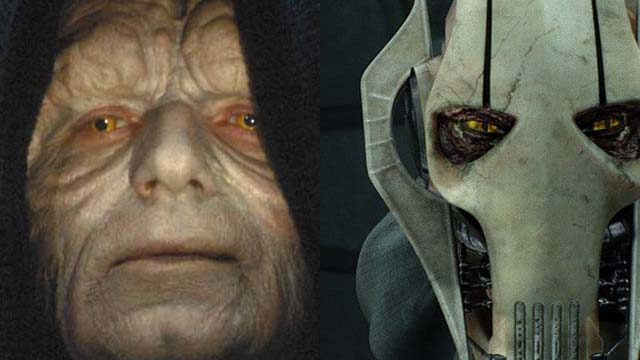 The Badness continues! We have finished the Male and Female Villain Categories. Now, it’s time to move on to the villains of Star Wars! May the force be with us all.

Now is the time to see who won yesterday and vote for your favorite in today’s Disney Villain match-up.

This is our fourth tournament. Previously, you have crowned your favorite Disney Attraction, Character, and Restaurant. Round one of March Badness continues with the next match-up.

Darth Maul won yesterday’s match-up. Check out the results below! This might be one of the closest match-ups yet. Look at those votes!

A copy of the updated bracket is below. How is your bracket doing?

We are continuing with our second match-up for the Star Wars category. Today is Emperor Palpatine vs. General Grievous.

Early battles fought on the planet the Huk and his original planet Kalee may have led to his Droid like transformation. After destroying much of the Jedi order, he is eventually defeated by Obi-Wan Kenobe.