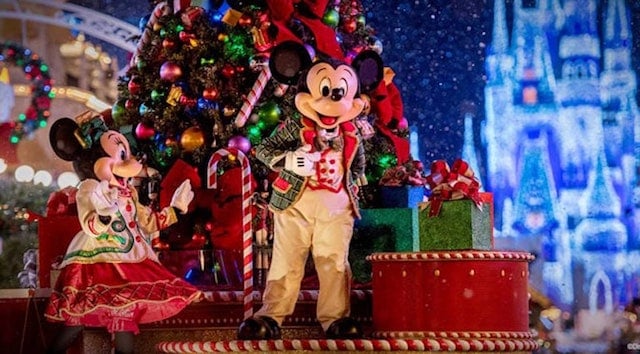 Disney has just extended theme park hours, and wow! The parks will be open later than ever! Plus January hours have been released. See the new updates here.

Disney World has been in the habit of extending park hours lately. With the crowds increasing, Disney has to accommodate accordingly. If you are visiting soon for Halloween, you will want to check out the extended park hours for this weekend HERE.

Even better, most dates through the end of 2020 see more extended park hours! I was shocked when I was checking the Disney World calendar and saw just how many days had new hours.

I was especially excited to see my trip dates fell into the extension! You can check out this most recent update HERE.

Of course, you can also check out the current park hours on Kenny the Pirate’s crowd calendar and the Character Locator website! Character Locator always provides the most accurate and updated content for subscribers!

Extended Hours for End of December!

Now, what you have been waiting for!

Walt Disney World has officially extended the theme park hours for December 20-December 31. Originally, I was surprised how short the park hours were for this time of year. It is widely known to be the most popular time to visit Disney World. In years past, Disney has kept its parks open very late to accommodate the crowds.

Now, the new hours are more of what we are used to:

Beginning December 31, park hours go back to the “new normal”.

The park hours for December 31-January 9 are:

Disney’s Hollywood Studios: 10 am to 7 pm

I find it interesting (but not surprising) that Disney finally extended park hours for Hollywood Studios. The hours for this park have remained 10 am to 7 pm since reopening. Despite the many times the other theme parks had extended hours, Hollywood Studios has remained the same.

I am glad to see these extended park hours because Hollywood Studios is the most crowded and popular park. With Rise of the Resistance and Mickey and Minnie’s Runaway Railway, crowds are flocking there to experience these top attractions.

Will you be visiting Disney World during Christmas or New Year? Are you excited for the increase in park hours? Let us know on Facebook!

Another New Breakfast with Santa Opportunity at Disney World