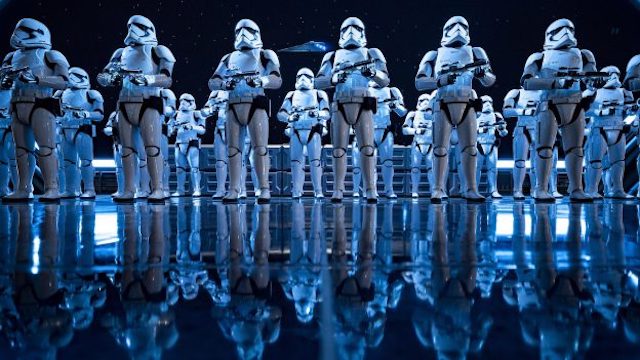 A new feature will be added to Rise of the Resistance, making it possible to load more people on the attraction! Hooray for (hopefully) higher chances of getting a boarding group!

Rise of the Resistance

Due to its popularity, Rise of the Resistance requires a boarding pass to be able experience the attraction. There is no other way to ride it. No standby options, no FastPasses, nothing.

Boarding groups are distributed at 10 am and at 2 pm. They are usually gone in seconds because the demand for the ride is much greater than the supply. There are only so many hours in a park day (especially since reopening when the park is only open 8 hours).

This can make 10 am and 2 pm very stressful for Guests trying to grab one. Boarding passes are gone within seconds, and many are left disappointed. Some even get angry that they don’t get one.

Read our very detailed guide about how to obtain a boarding group HERE.

So mix all of the above with Disney’s vigorous standards post pandemic. They are spacing Guests out on every attraction to ensure physical distancing is maintained.

With this additional spacing, one party boards a vehicle for the Rise of the Resistance. Imagine a party of two in a huge 8-person vehicle. It is slowing down the process, thus not allowing as many Guests to board during the day.

Disney has added Plexiglas barriers on many attractions, including Kilimanjaro Safari and Living with the Land. This allows for more Guests to board a vehicle, and Disney is able to push more people through the attraction per hour.

Disney is about to do to the same with Rise of the Resistance!

“We recently tested an update to the ride vehicles and had Plexiglas barrier between the first and second rows,” a Disney spokeswoman told Orlando Sentinel.

“We’re working toward introducing this to all the vehicles.”

Doing so would allow higher capacity for the attraction, and hopefully a higher number of boarding groups could be distributed!

What do you think of the Plexiglas barriers on attractions? Are you hopeful more people will be able to get a boarding group? Let us know on Facebook.

These Attractions May Be Closed at Magic Kingdom on Select Dates

Review: Is Paddlefish in Disney Springs Something Your Family will Love?