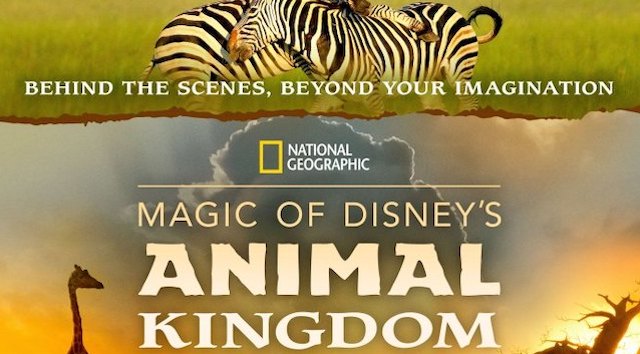 Disney+ continues to offer unbeatable programming. We had recently shared that a new series would be coming to Disney+ entitled “Magic of Disney’s Animal Kingdom.” We have great, new information regrading this series produced by National Geographic including the premiere date.

Have you ever wished that you could go behind the scenes to explore the beauty and nature of Walt Disney World’s Animal Kingdom? Dr. Mark Penning, Vice President, Animals, Science and Environment of Disney Parks first shared news of an exciting new series that would allow Guests to experience Disney’s Animal Kingdom like never before. Read more about Dr. Penning’s announcement HERE.

Disney fans will recognize a familiar voice narrating this exciting new series. Josh Gad is no stranger Disney. He has voiced our favorite snowman as Olaf in Frozen and Frozen 2. Gad portrayed Le Fou in the live-action Beauty and the Beast, and he has signed on to portray LeFou in the Prequel to Beauty and the Beast titled “Little Town.”

Crews filmed for five months using cutting-edge technology with custom-built GoPro enclosures, large 18 foot cranes, and underwater cameras to give viewers a never-before-seen view of the animals of Walt Disney World. We are invited to see the quality animal care given by the veterinarian staff and see to the day to day operations in caring for the animals. We will even see the work of the Imagineering department as they allow Disney Park Guests to explore the beauty of nature while experiencing the magic of Disney.

Through the “Magic of Disney’s Animal Kingdom” we will travel along some familiar and not so familiar areas of Walt Disney World including the following:

We will be able to meet more than 300 species and 5,000 animals in the “Magic of Disney’s Animal Kingdom” series. While also meeting the animal care experts that care for these animals every day.

What do you think of this “Magic of Disney Animal Kingdom” series? Will you and your family be watching? What are your favorite memories while visiting Disney’s Animal Kingdom? Share your thoughts with us on our Facebook Page.