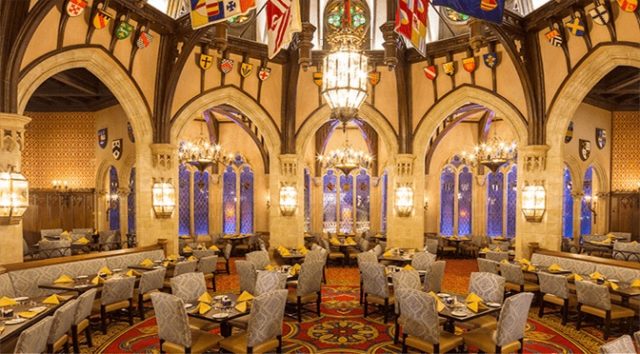 The news about Walt Disney World’s reopening changes just keeps rolling in, and fans can’t hide their disappointment. With the positive news about the restaurants that are reopening, we also learned which ones will not. Is your favorite on the list?

As Walt Disney World prepares to “open up the gates” on July 11 and welcomes Guests back into their theme parks, Guests are learning of several changes and modifications to operations.

Today we learned that several restaurants are reopening when the theme parks reopen, giving Disney fans some much needed positive news!

We also learned of some modifications to Walt Disney World restaurants, such as Be Our Guest changing their lunch offering to a “prix fixe” table service meal, and dropping the breakfast offerings all together. You can read more about that HERE.

We’ve also learned that Walt Disney World will no longer be offering Character Meals, except for a modified character experience at Topolino’s Terrace.

With the news of which restaurants will be reopening also comes the realization that several favorites are not reopening when the parks begin to reopen on July 11.

Which restaurants are NOT reopening?

For more information on which restaurants are open, including locations and full menus, check out Character Locator.

There is no word yet on when we can expect these restaurants to reopen. As always, stay up to date here with Kenny the Pirate, and we will update you as more information comes in.

What are your thoughts on these restaurants remaining closed? Let us know on Kenny the Pirate’s Facebook Page, or join our crew and continue the discussion!