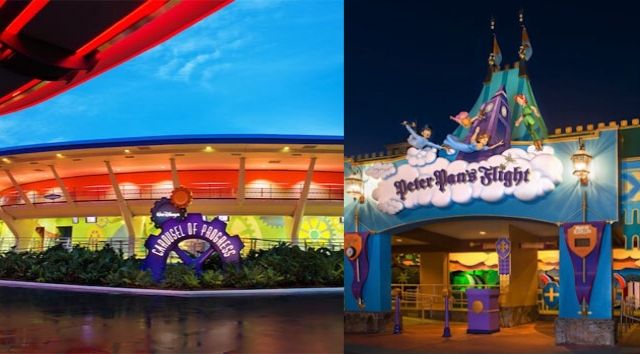 Game 4 sees Peter Pan’s Flight go up against the Carousel of Progress. Both of these attractions are located in Magic Kingdom.

Carousel of Progress is an attraction featuring a revolving theater. Guests follow an American family over four generations and watch how technology transforms their lives.

This show originally debuted at the World’s Fair, before moving to Tomorrowland in Magic Kingdom in 1975. The attraction features the iconic song “There’s A Great Big Beautiful Tomorrow.”

Which attraction is your favorite?  Cast your vote now!