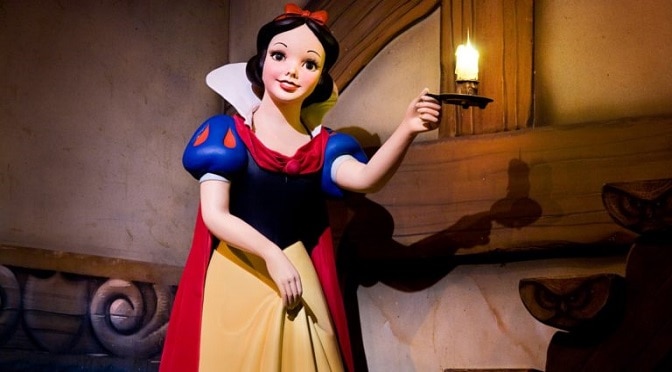 As previously reported, Snow White’s Scary Adventures at Disneyland will be undergoing a ride refurbishment. However, at the time of reporting, no other details relating to the refurbishment were known.

As you may recall, according to a permit that was filed by the Walt Disney Company in October of 2019, the description of the massive refurbishment requests to remove and replace show prop sets and scenes, install new structural beams, rockwork, and new projector platforms. With electrical.

We now know that Walt Disney Imagineers are reimagining how Snow White will live her happily ever after.

I think the updates give the ride a fresh, beautiful new look and are a welcome addition to the ride.

Guests will discover enhanced story details and all new scenes in the popular attraction. One of the scenes will be a beautiful forest setting of Snow White waking up from her deep sleep.

Another scene also includes Snow White standing in the forest being reunited with all of her animal friends with Prince Charming and a shimmering castle in the background. It definitely looks like she has found her happily ever after!

New scenes are not the only new additions to the popular ride. Imagineers are also adding new music, LED black lighting, laser projections, and a new animation system.

The ride will be updated inside and out with a fresh new look. In 1983, the popular ride was refurbished, as the new version of Fantasyland was unveiled, Snow White’s Adventures reopened with new technology and a brand-new facade, along with a new name.

The ride is expected to begin refurbishment after January 6, 2020.

Keep checking back here and follow us on Facebook for further details regarding the ride refurbishments and all of your vacation planning.

Are you excited about the new refurbishment details for Snow White’s Scary Adventures?