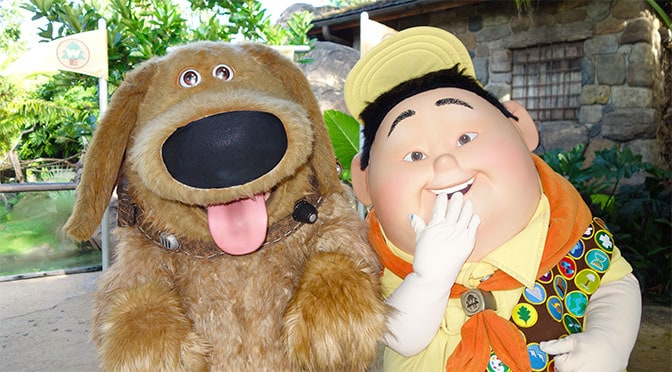 In December 2017 I mentioned that Flights of Wonder would close permanently to be replaced by a show that will feature Dug and Russell from the Pixar movie UP! The show did make it’s final curtain call and Disney has begun casting for the new lead role!

The new lead will be a female named Anika.  Her role is described as “a young woman who lives in the Anandapur Indian village and spends her time as a caretaker of birds in the Caravan aviary.  She is the descendent of a Maharani, a free-spirit, and the storyteller in her proud family.  Her movement and language are colorful and expressive.  She is personable, playful, and at home in nature.”

The casting call has been issued to Washington, New York, Chicago, Hollywood, Atlanta and here in Kissimmee.  The lead role requires “female actors with strong movement skills, or dance background (experience with classical Indian dance a plus).”

The new show is set to open April 22, 2018, but soft openings could occur prior to that date.  It is both Earth Day and the date that Disney’s Animal Kingdom first opened.

The show will “offer guests the chance to see Senior Wilderness Explorer Russell and his furry friend Dug as they discover species of birds from around the world in their newest adventure at the Caravan Theater in Anandapur village. There will be “UP” close encounters each day with amazing winged creatures!”

What do you think of this new show with the beautiful birds, Russell and Dug and Anika?