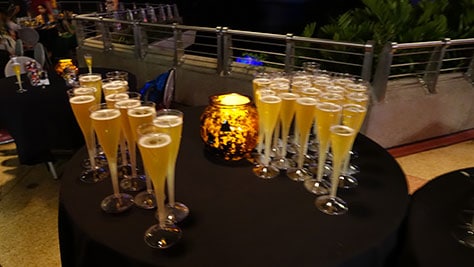 I’ve been asked frequently on social media what I think about the new Early Morning Magic and Disney After Hours upcharge events that the Magic Kingdom is bringing to the forefront these days. Here’s my response:

Disney has not officially announced the Early Morning Magic program yet, but it was spotted on My Disney Experience and details were relayed to me by a trusted insider, which I posted today.  It will involve 1 hour and 15 minutes of early park time with 3 rides open and a breakfast buffet for a cost of $69  per adult and $49 per child.

I feel that the events seem overpriced, especially the Disney After Hours program.  If I could consume 10 ice cream bars and 5 sodas, I’m getting closer to breaking even on the investment.  I’m sure they will limit the ticket sales to under 3,000 and with number of rides open, the lines will remain short.

Early Morning Magic is closer to a valid price point for an Attraction Meal, which is in essence what this is, but still a tad high for my liking.  If you were going to drop $25 per person at Be Our Guest, $30 at Crystal Palace or $50 at Cinderella’s Castle just to toss down some scones and run to 7 Dwarfs mine train, you’re not spending much more to ride it, Peter Pan and Winnie the Pooh (every joke needs a 3rd part, right?) and you get a breakfast buffet as well.  As far as events go, it’s not horrible, just not cheap either.  If a few characters were roaming about, many would drop the $69 in a heartbeat.

I personally don’t need either event in order to ride these rides or meet characters.  I plan a great deal of park touring days for my clients who rave about all the short or non-existant waits.  But, some guests like the fact that they have a feeling of exclusivity and the ability to do some favorite attractions with little or no waiting in an event like this.

Many people are in a total panic, because internet fan forums and websites have them believing that Disney is going to eliminate Extra Magic Hours.  I personally believe that is nonsense.  I have noticed gradual cutting back on the number of days offering this onsite perk.  A few years ago Magic Kingdom offered multiple EMH days in June and July.  Up until this year, Easter weeks typically offered early EMH every day.  But, I don’t believe Disney is going to eliminate something they push so heavily in marketing.  It’s one of the few perceived perks most guests want.  It actually leads to a park being much busier than its counterparts on a given day and many guests want to do early EMH, but oversleep and mess up their entire day.

I do see this as an ‘in addition to’ offering.  If you are staying offsite and are willing to drop a few hundred bucks, you can take part in a scaled down version of EMH.  People are upset because Disney is “nickel and diming,” but isn’t that what every business does?  You like the new iPhone?  Here’s a case, here’s an insurance program, here’s an music download system, on it goes.  No one made you buy the iPhone, and no one forces you to buy the add ons.  It’s all a matter of what you want. You can enjoy the iPhone without a case or extra music subscription.  It’s  a take it or leave it option.

But won’t the park become insanely crowded?  Nope!
When this Early Morning Magic thing starts, it will likely limit the number of guests to a few hundred at most.  Disney isn’t going to be able to feed 4,527 people in Pinocchio’s Village Haus, nor would Cast Members be able to let that many in the park between 7:30am and 7:45am.  It’s meant to feel exclusive and you’re paying a premium for it.  I would say neither event will affect your park day in the least.

But everyone will be in line for 7dmt when I get there!  Nope!
Why would you ride something 3 or 4 times, then go wait in line for the same ride when the park opens?  Guests will likely do another ride in the area, then go eat breakfast from 9am to 10pm.  Disney After Hours might affect park crowds about 5% closer to closing, but you’d never really notice because you’re watching Wishes and MSEP anyway.

Early Morning Magic will ruin my pre-park opening photos.  Why?
All these people are marching past the Castle with some fresh faced Cast Members leading the way to 7dmt.  Would you pay $69 to use an hour to snap photos at the castle?  From 8:05 to 8:50am the park will feel just as empty as it used to feel.

Early Morning Magic will ruin my opportunity ride 7dmt with no one around.  Could be the case.
Hey, it’s been something the CMs allowed to happen many days, but was never guaranteed.  One breakfast I was able to ride 2 times, another the ride wasn’t functioning properly and we were held at a rope.  It’s not a guaranteed benefit for an pre-opening meal, just something nice they were allowing.  If they limit these rides to only those with the special stickers, you will be held at a rope until the park officially opens, but still well ahead of the masses.

Final group I’ve seen vocally expressing themselves are the “We’re done with Disney” group.
Hey, I understand that the parks, food, merchandise and events are getting more costly.  I actually told you guys months ago that management realizes that the Magic Kingdom is often jammed near capacity and they want to make more from those people.  Goal is to make everything more exclusive and more costly.  Do you try to jam more disgruntled people in at a cheaper price, or charge more for slightly less people attending?  If they charge you more than you can afford, consider a new vacation option or wait for a great deal to come along and take part in that.  I love Disney parks.  I’ve been to all except Tokyo of those open so far.  I’d rather be in a Disney park than sit on a beach.  But there’s points when I say, “I can’t afford that” and bow out.  I wonder how many actually are done with Disney though.  Many will still go, maybe just downgrade accommodations, or stay offsite or not visit as often.  We moved here partly because it was cheaper for us to visit our happy place frequently.

I don’t really have a problem with these things, fireworks dessert parties or whatever other upsell they offer, but I may not participate in them.  I won’t look down on those who do or call them names though.  Maybe these things will help some hard working Disney Cast Member recover some lost hours recently too?  Keep it classy Disney lovers!

Review: Primo Piatto is one of the best quick service restaurants...