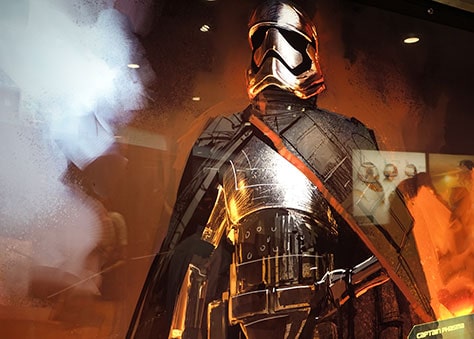 Got your morning coffee and donuts, or in my case, low calorie, low sodium cereal with additional Flax Seed ready?  Let’s dig into some more rumors surrounding Hollywood Studios refurbishment.

Please remember that all rumors should be treated as speculation until Disney officially releases news or the point of discussion actually occurs without notice.

Let’s review some recent rumors before taking another bite of the gooey, sugar coated donut.

What would you think of a Star Wars overlay on Rock n Roller Coaster?

Hollywood Studios is really the only american Disney park that doesn’t have clearly defined ‘lands’ like the others.  It was a hodge podge of various studio buildings and scattered rides.  Disney is moving to create more lands and mini-lands.  I’m still wondering what will happen to most of the Backlot area.  We know Star Wars runs down one side of the park and Toy Story takes the other, but what fills the lower middle where Osborne Lights used to take place?  Lots of space there for another land or mini-land expansion or it could just end up as a bunch of support buildings.

So, here’s some new stuff for you to nibble upon while you dose yourself in some highly caffeinated refreshment.

I realize that many people won’t favor the increased Star Wars presence in Hollywood Studios, just as many pushed back against Frozen for 2 years, but its VERY profitable and in high demand, so they will continue to create new cupcakes, new popcorn buckets and other Star Wars specials.  I’ve said for years that Star Wars is a theme that could EASILY create a 5th park, but we’ll get more Star Wars in the 3rd park instead.

Club Villain dates have been extended!

Club Villain to return to Hollywood Studios for Halloween Season