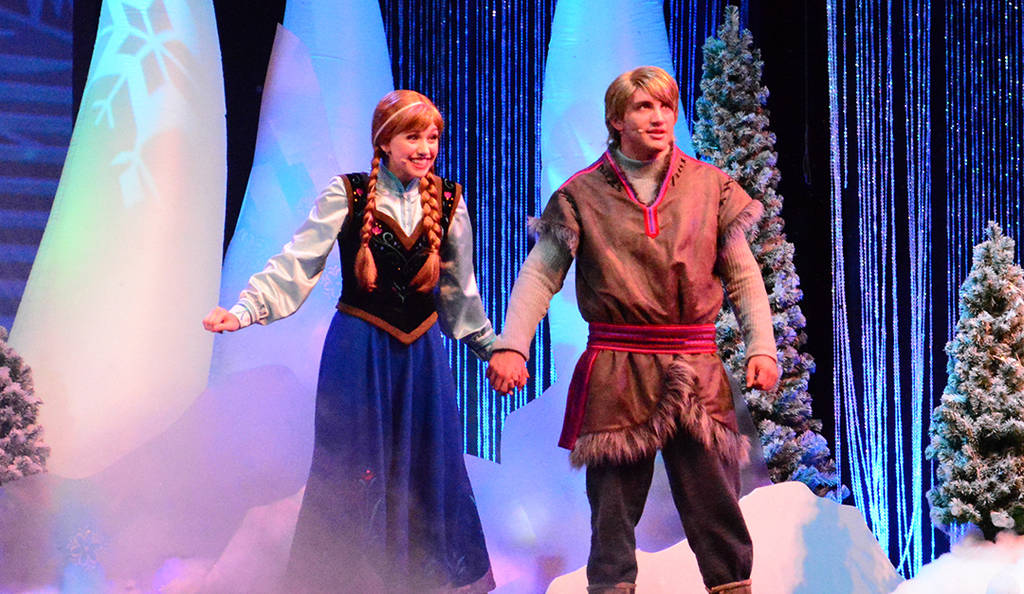 Disney World is providing the Frozen Summer Fun as the “Coolest Summer Ever” for 2015 and there’s a couple of new elements added but the Frozen snow playground and ice skating area did not return for 2015.

Here’s how to take in all the Frozen Summer of Fun activities without needing to pay the price for the Premium Package.

1.  Pick a shady spot for the parade at least 30 minutes early for the first parade on Hollywood Boulevard, the steps of the Hyperion Theater or near Star Tours.

Seating areas along the parade route are quite limited, so you’ll need to choose a good spot.

The green section shows the best areas with the show stops and the yellow area is parade only. 2.  Visit the For the First Time in Forever: A Frozen Sing-a-long.

For 2015 the Frozen Sing-a-long has relocated to the Hyperion Theaer, the former location of American Idol.  The theater offers Fastpass+, but the Fastpass is pretty much worthless as it just blends you in with all the other non-Fastpass guests.  Just arrive 15 to 20 minutes before a showing and you’ll sit in the back! 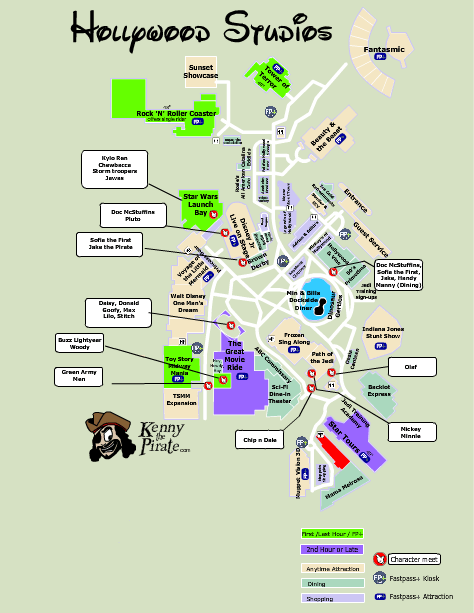 The 10 Minute Frozen Fever movie short is played continuously at Hollywood Studios at the ABC Sound Studio.  It begins at 10:00am and continues until 30 minutes before park closing.  Afternoon is a great time because the Sound Studio is air conditioned.  The short movie tells the story of Anna’s birthday party.

4.  Dance with Disney characters at the Coolest Summer Ever Dance Party

Mickey, Minnie, Donald and Goofy come out to dance from 5:45pm to about 7:30pm nightly and DJ Chill will play hit dance tunes until the Frozen Fireworks begin nightly.

Hold down your spot for the Frozen Fireworks along Hollywood Boulevard or next to Min and Bills or in front of the 50’s Prime Time Dinner at least 30 minutes early.

Here’s a post that has a some photos from Hollywood Boulevard.  I was standing in front of Disney & Co along the tape.

Here’s a map I created with the best fireworks viewing locations.  This is a great park to see the fireworks OUTSIDE the park and take photos, but you won’t be able to hear the music! I recommend taking in the SECOND showing of Fantasmic! during the Frozen Fun.  It’s much easier to get a seat and you’re not scrambling with 6,000 of your closest friends to find a fireworks viewing area.  The Fastpass+ viewing area is a good view for this show as well because it places you in the Mickey section which is right in the center.  It’s pretty easy to get FP+ for the second show while you’re in the park at a kiosk.  If you wish to have the Mickey section for the first show, you must book a Fantasmic Dining Package.