A special group of people will get to preview Remy’s Ratatouille Adventure at Epcot. Other groups may also get early access!

Disney opened up most of the newly expanded area within the pavilion. Guests can enjoy the benches, restrooms, and design elements until the new restaurant and attraction open. You can see all the photos HERE.

If you are like me, you cannot wait for this attraction! Being shrunken down to the size of Remy and scurrying through Gusteau’s restaurant sounds like one big adventure I can’t wait to experience!

The attraction has been done for a very long time, and Disney is already preparing to give one group of people early access!

Starting with our beloved Cast Members who make so much magic for us! They will be given an opportunity to ride Remy’s Ratatouille Adventure before it opens to the rest of us on October 1.

Disney Cast Members will get to ride Remy before official opening.

While no specific date was given, beginning September 5, their access to the park is to be determined. They could be doing previews for the month of August.

Other Previews to come?

What happens in September? Will other groups get to experience the ride before it officially opens?

As with other major attractions and expansions at Disney World, it’s likely (but not guaranteed) DVC members, Annual Passholders, and Club 33 Members will also have the opportunity to sign up and scamper around with Remy ahead of the opening!

We will be sure to keep you updated on any special preview announcements for Remy’s Ratatouille Adventure! 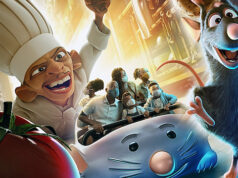