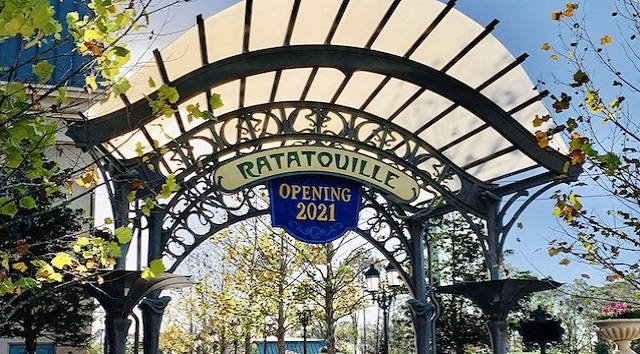 It’s been a whirlwind of guessing when the new Ratatouille ride located in the France Pavilion will open! However, today we finally received the opening date! You will not want to miss it so make sure to read on!

Originally planned to open in the summer 2020, the much-anticipated ride Remy’s Ratatouille Adventure which hails from Disneyland Paris now has an opening date.

The ride is situated within the France Pavilion in the World Showcase at EPCOT.

Based on the Disney and Pixar’s film, “Ratatouille,

In this delicious new attraction, you’ll feel like you’ve shrunk to the size of Chef Remy as you scurry through Gusteau’s famous restaurant on a wild adventure for the whole family (no height requirement!).

The announcement was made this morning during The Walt Disney Company Annual Meeting of Shareholders by Bob Chapek himself. Disney Parks Blog posted more information regarding the opening of the attraction.

The attraction has the opening date of October 1, 2021!

Anyone hungry for a crepe? I know that I am!

Well, we are in luck as it was also announced with the opening date of the attraction that we also now have an opening date for La Crêperie de Paris.

A new restaurant offering both table- and quick-service options. The menu will feature sweet crepes, savory buckwheat galettes (naturally gluten friendly) and authentic French hard cider. The attraction, restaurant and pavilion expansion are all part of the historic transformation of EPCOT currently underway, celebrating how the impossible becomes possible through the power of imagination … and a little Disney magic. This amazing time in the park’s history has already brought us a reimagined main entrance with new entrance fountain, “The Soul of Jazz” exhibit and new films in three different pavilions, with much more on the way.

La Crêperie de Paris will also be opening on October 1, 2021.

Are you ready to ride on Remy’s Ratatouille Attraction and eating a crepe on October 1, 2021? What a wonderful and magical way to begin the 50th Anniversary of WDW. Let us know in the comments on Facebook and in our Facebook group.