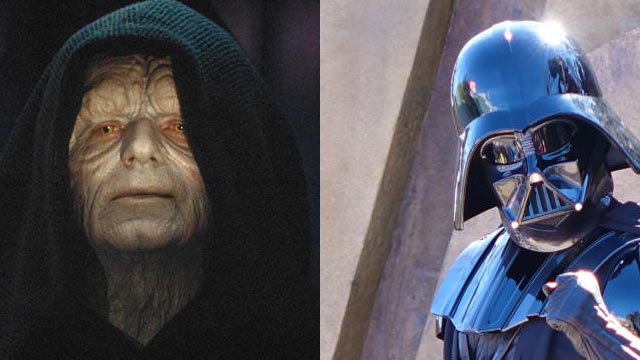 It’s game three in round three of the March Badness Tournament. Now is the time to see who won yesterday and vote for your favorite in today’s Disney Villain match-up. Read on to vote!

This is our fourth tournament. Previously, you have crowned your favorite Disney Attraction, Character, and Restaurant. Round three of March Badness continues with the third match-up.

Maleficent beat out the Evil Queen to make it to the semi-finals. Check out the results below!

How is everyone’s bracket doing? Anyone have a perfect bracket? An updated bracket is seen below.

For the third match up in the quarter finals we have Emperor Palpatine vs Darth Vader.

Darth Vader was a Jedi, but he followed a path to the dark side. After being defeated in a battle with his own master, Obi-Wan Kenobi, he was taken under a new master, Darth Sidious, who he would continue to serve for decades.