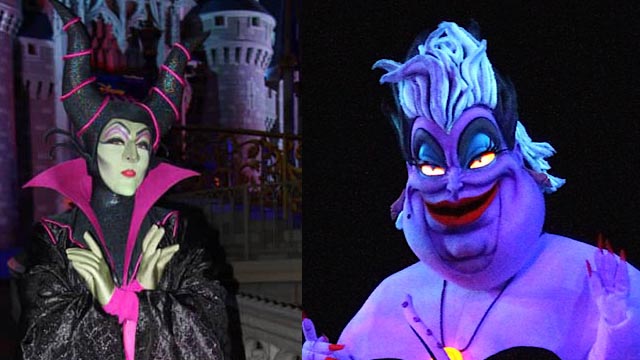 It’s day three of round two in the March Badness Tournament. Now is the time to see who won yesterday and vote for your favorite in today’s Disney Villain match-up. Read on to vote!

This is our fourth tournament. Previously, you have crowned your favorite Disney Attraction, Character, and Restaurant. Round two of March Badness continues with the third match-up.

Hook beat out Governor Ratcliffe yesterday. Check out the results below!

I have included an updated bracket below. How is everyone’s bracket doing? Anyone have a perfect bracket?

It is time for the Second Round of the Female Villain Category. Today’s match-up is Maleficent vs Ursula.

Ursula is from the 1989 animated film, The Little Mermaid. She makes deals with “poor unfortunate souls” and promises that she can make all of their wildest dreams come true.

Banished from King Triton’s kingdom, she seeks revenge against him and the ultimate revenge is making a deal with his daughter, Ariel. Ariel gives Ursula her voice, and if she does not receive a kiss of true love, she will be turned back into a mermaid and will be forced to stay with Ursula forever.