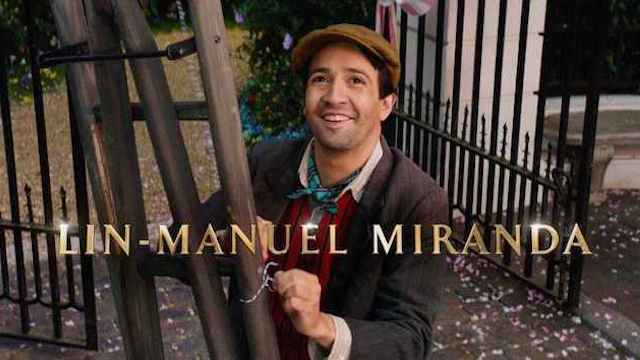 We are so excited about the great new theatrical content produced by Walt Disney Pictures. Lin-Manuel Miranda is back again, and you will want to check out this first trailer and release date for this amazing film.

Back in June, Lin-Manuel Miranda appeared on Good Morning America regarding the release of his Broadway-musical show Hamilton set to release on Disney+. During this interview, we received our first news that he was collaborating once again with Walt Disney Pictures.

What was even more exciting than hearing about Hamilton was learning that Miranda is in the process of working on yet another Disney animated musical. He shared that this current collaboration will be with himself, the “Zootopia guys”, and Jared Bush who wrote the Moana soundtrack with him.

This animated musical will be set in Columbia, and unfortunately, he wasn’t able to share more information with us for fear that former CEO Bob Iger might show up in his apartment.

First Look at the Film

In December we received a first look at this great film. The film begins with a very recognizable Latin beat as a blue butterfly who sits on a blade of grass with flowers all around flies into the sky towards an illuminated two story house with the majestic hills of Colombia complete with a rainbow.

The music for this film will truly make it something extraordinary. “Colombia” is sung continuously as the front door of the house opens with bursting rays of sunshine. Check out the full synopsis of this film HERE.

Get ready to mark your calendars! Encanto is scheduled to be released to theaters on November 24, 2021. At this time, no word has been released if this film may also be available on Disney+ with Premier Access.

Encanto is scheduled to be released to theaters on November 24, 2021.

We recently saw Disney’s newest film Raya and the Last Dragon simultaneously related to both theaters and Disney+.

I personally can’t wait for this new film. His work on Moana was absolutely amazing. I have great expectations for this newest film as well.

What do you think about this newest film? Do you think this film may also be released on Disney+ with premier access? Share your thoughts with us on our Facebook Page.