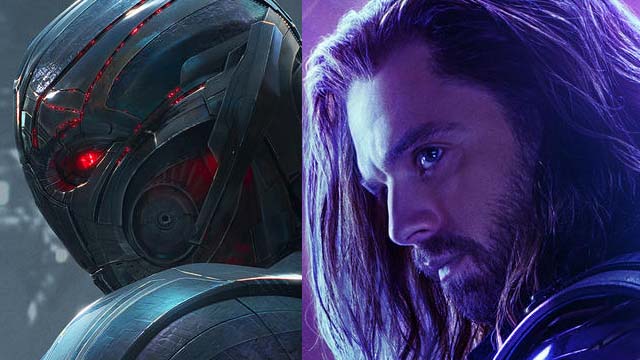 Only TWO days left to determine who will be in the sweet sixteen. Now is the time to see who won yesterday and vote for your favorite in today’s Disney Villain match-up. Read on to vote!

This is our fourth tournament. Previously, you have crowned your favorite Disney Attraction, Character, and Restaurant. Round one of March Badness continues with the fifteenth match-up.

Yesterday’s winner was Hela. Check out the results below!

You will find that I have included an updated bracket below. How is your bracket doing? Anyone with a perfect bracket still?

Only two more match-ups remain in round one. Today’s match-up is Ultron vs Winter Soldier.

Ultron appears in Avengers: Age of Ultron. He was created by Tony Stark as an Artificial Intelligence Peacekeeping Program.

His main goal was to protect Earth, however, he determined that humans were Earth’s biggest threat. He tried to destroy mankind. Ultron was almost successful at destroying humanity but was stopped by the Avengers and Vision.

The Winter Soldier appears in all three Captain America films. He is also known as James Buchanan Barnes (Bucky).

Bucky was a good friend of Steve Rogers. Rogers becomes Captain America. Barnes was captured when he was part of the 107th Infantry Regiment, and experimented on by Hydra. While being tortured and experimented on, he transformed into a super soldier that is mind controlled.

His memory was erased as the Winter Soldier and he was made into the perfect assassin. He had no conscience, which is very different from who he was prior to being experimented on. He followed all of Hydra’s orders.