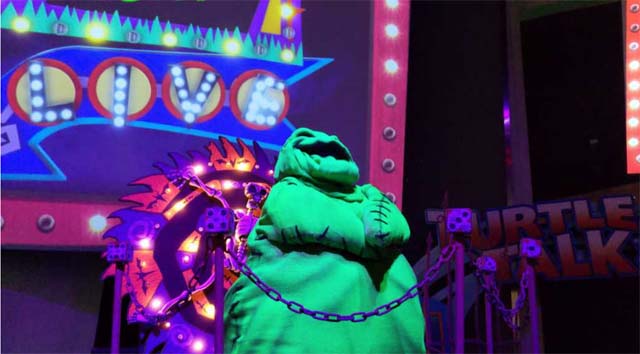 We haven’t even hit the dog days of summer and we are already receiving word of holiday events being canceled by the Disney Parks. Find out what the most recent holiday event that will be canceled this year due to COVID-19.

Walt Disney World shared prior to their Parks reopening that they would not be hosting the Mickey’s Not So Scary Halloween Party. Many Disney fans and families were greatly disappointed by this news.

We all knew that with Disney Parks limiting entertainment, stage shows, character meet and greets, and fireworks that this Halloween party would look quite different this year. The news of this cancellation still was a bit hard to swallow.

Mickey’s Not So Scary Halloween Party Dates have been CAnceled for the Fall of 2020.

Today we shared that Universal Studios has cancelled all of their Halloween Horror Nights. This will affect both Universal Orlando and Universal Hollywood.

This news came as a bit of surprise since Universal Studios held auditions for this event in earlier just last week. This will be the first time this event has been canceled in over 30 years.

Disneyland was proposed to reopen for their 65th anniversary on July 17th, but that reopening was delayed Disneyland has yet reopened. It may come as no surprise that Disneyland has already announced that they will cancel their separate-admission event, the Oogie Boogie Bash.

In the past Disneyland offered the Mickey’s Not So Scary Halloween Party on the west coast, until last year when they introduced a brand new event to California Adventeure the Oogie Boogie Bash.

This special ticketed event allowed foolish mortals to hang out with Oogie Boogie and his fellow baddies for a holiday spellebration.

This event was held on elect nights in September and October and was hosted by Oogie Boogie from Tim Burton’s The Nightmare Before Christmas. This “monster of scare-e-monies” created “otherworldly attractions and anew entertainment experiences sure to wake the dead.”

The Oogie Boogie Bash held in California Adventure will be cancelled for 2020.

We know this may come as a disappointment to Disney fans after so many other events have been cancelled. Disney states that they will be bringing back this event in Fall of 2021. What do you think of this cancellation? Have you attended Oogie Boogie’s Bash or Mickey’s Not So Scary Halloween Party? Share your thoughts with us on our Facebook Page.