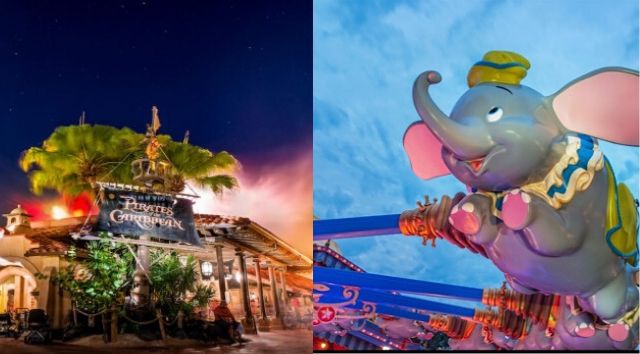 Wow, yesterday was a close one! Mad Tea Party came out on top and will advance to round 2!

Our first game in round 2 puts Dumbo The Flying Elephant up against Pirates of the Caribbean.

Dumbo is based on the 1941 animated feature, and consists of 16 ride vehicles, which each resemble Dumbo.