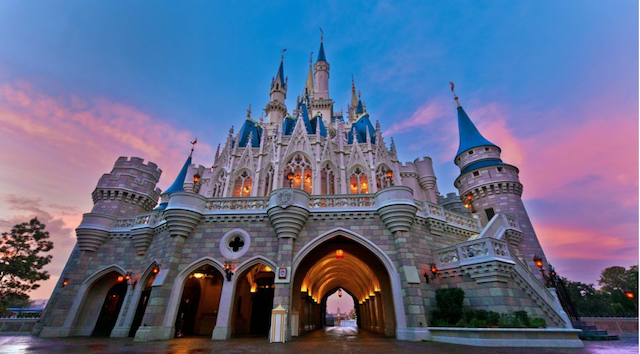 What if I told you that you could travel the country and receive a tax credit from your travels?! Want to see some money back from your Disney trip? This is currently being considered by the federal government. More details below!

With traveling paused (and the devastating consequences because of that pause) due to COVID-19, the travel industry has undoubtedly been hit hard.

According to US Travel, 8.1 million tourism jobs and $519 billion have been lost due to the pandemic.

While the future of travel and what it looks like is still unknown, the federal government is looking into possibly offering tax credits to people who travel domestically.

According to Orlando Sentinel, industry lobbyists are circulating a plan in Congress and at the White House that would dangle $4,000 tax breaks in front of Americans to get them to begin traveling and spending money at hotels, theme parks, and other tourism businesses.

“Between Congress and the Federal Reserve, the federal government has committed trillions of dollars to stop the economic free fall caused by the novel coronavirus pandemic. But they will have to spend even more to help pull the hard-hit tourism industry back to its feet,” said Tori Emerson Barnes, a lobbyist for the U.S. Travel Association, whose members include the Walt Disney Co. and Comcast Corp.’s Universal Parks & Resorts, among many others.

It’s called the “Explore America” tax credit, and it has caught the attention of President Trump, who is a hotel owner himself.

The federal government is already spending trillions of dollars to help keep various industries afloat, and the tourism industry is asking for the same support.

US Travel Association President and CEO Roger Dow praised this tax credit saying, “Travel supported jobs for one in every 10 Americans before the pandemic, and measures to incent travel will not only give people a renewed appreciation for this great country in which we live, but they are an efficient and effective way to ignite a recovery and restore jobs in every corner of the nation.”

With Disney being part of the travel industry, it’s reasonable to conclude vacations to the Most Magical Place on Earth would be included in the tax credit.

What do you think of this “Explore America” tax credit? Do you think it’s reasonable to receive a tax credit for vacationing? Let us know your thoughts on Facebook. You can also join our KtP Crew and continue the discussion.