We have exciting news for guests visiting Hollywood Studios! Read on to see when the popular nighttime show “Disney Movie Magic” is returning!

Hollywood Studios has been the place to be lately with the new Rise of the Resistance attraction in Star Wars: Galaxy’s Edge, Toy Story Land, Mickey & Minnie’s Runaway Railway opening next month.

We recently learned that a new FastPass option is now available for the new attraction that is set to open on March 4, 2020. Have you been able to grab your FastPass for it yet?

The new attraction features Mickey Mouse and Minnie Mouse and will draw guests inside a Mickey cartoon for a fun-filled adventure where “Mouse rules apply” and anything can happen!

While there is so much going on at Hollywood Studios, another popular nighttime show is making its way back to the park.

If you were a fan of the “Disney Movie Magic” projection show, which debuted back in July of 2017, then you are in for a treat! The nighttime show is expected to return on March 13, 2020.

DisneyParks Blog describes the nighttime spectacular as a show that transforms the iconic Grauman’s Chinese Theatre with special lighting and state-of-the-art projection mapping technology and puts you right in the middle of a celebration of Disney films.

Movie moments from Disney classics, “Mary Poppins,” “Pirates of the Caribbean,” the Indiana Jones adventures, and “Guardians of the Galaxy Vol. 2” are all featured in the show.

The show includes a wide range of genres that include musicals, romance, comedy, classics, fantasy, sci-fi, and adventure.

The current “Wonderful World of Animation” show will continue to run nightly through March 12, 2020. I enjoyed this show a lot last time we visited, but it’s nice to know that they are bringing this show back for guests who may not have seen it before.

Are you excited about the return of Disney Movie Magic? Tell us about it in the comments below or in Kenny the Pirate’s Facebook! You can also share this post by using the Facebook button below. 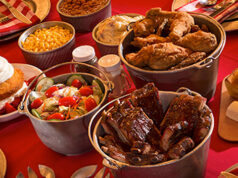 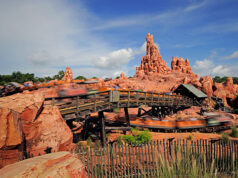 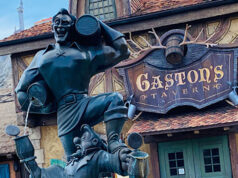