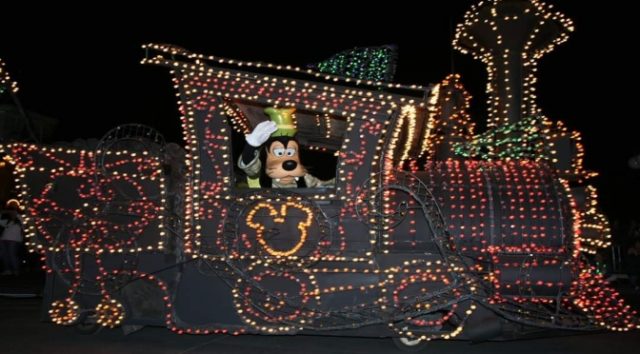 Disney World is always growing and changing – it’s how Walt Disney himself envisioned it to be. But that doesn’t stop us Disney diehards from mourning the loss of attractions that once were. There are many attractions that have closed or been replaced over the years, but here are eight attractions I wish were still around.

This walk-through attraction, closed in 2011, featured Mickey’s Country House complete with Pluto’s doghouse in his backyard and Mickey-shaped pumpkins in his garden. It was followed up with a meet and greet with Mickey himself.

Minnie’s Country House offered interactive features throughout such as listening to messages from Mickey and Goofy on her answering machine and watching a cake baking in her oven.

This ride, which closed in 2012, gave a synopsis of the Snow White and the Seven Dwarfs movie. It was guaranteed to make you cry if you visited as a child (I know that old witch induced fear in me as a kid). But, this classic Disney dark ride is one I wish they could have kept around. It is still open at Disneyland, but will be undergoing refurbishment next year.

Of course, now we have Seven Dwarf Mine Train so Snow White is still represented in the parks, but if you want to see this attraction you have to head to Disneyland.

The Skyway ride, closed in 1994, traveled between Fantasyland and Tomorrowland. I know we now have a somewhat similar and larger Skyliner ride that takes you to Epcot, Hollywood Studios, and a few resorts in the area, but there was something special about witnessing the sights and sounds of the Magic Kingdom from up high.

PeopleMover or the Disney World Railroad would probably be our next best option, although the railroad is closed for refurbishment during Tron construction.

Those of us that remember Dreamfinder and the original Figment ride, closed in 1998, know that the current figment ride featuring Nigel Channing is extremely underwhelming, to say the least. The former ride made you really feel as though you were journeying into imagination.

The new ride, Journey Into Your Imagination, in comparison, is pretty disappointing with its sensory labs. That skunk smell just seems to never leave you, does it? Even the play area after the attraction, the What If Labs, is sparse with only three things to do compared to the ten activities the original Imageworks featured.

The Studio Backlot Tour, which closed in 2014, was a part ride-on/part walk-through attraction. It featured old movie props and sets and also gave you a sneak peek behind the scenes of both the costume department as well as the scenic shop where you could see Cast Members working on costumes and props for the various Walt Disney World shows and parades.

The Electric Parade, ended in 2016, was a nighttime parade at the Magic Kingdom that featured floats and characters that came alive with lights and an accompanying soundtrack. Now the only time you can see nighttime parades at Magic Kingdom is during Mickey’s Not So Scary Halloween Party and Mickey’s Very Merry Christmas Party.

Alternatively, guests can view the Electric Water Pageant as it travels the Seven Seas Lagoon and Bay Lake. It features a floating light parade of fish, turtles, whales, stars, and flags. Watch from Magic Kindgom park and Magic Kingdom area resorts. Full details and times can be found on Character Locator.

The Welcome Show, where many Magic Kingdom park-goers would gather to rope drop the Magic Kingdom in front of the Walt Disney World Train Station, ended in 2017. It was replaced by the Let the Magic Begin show at Cinderella Castle; however, the original show where guests anticipated hearing the train whistle and watching Mickey and friends arrive to welcome us all to the Magic Kingdom was full of Disney magic.

Although Talking Mickey “lost his voice” in 2018, for a short time he was able to talk, with a limited vocabulary, to anyone who came to meet him. This was the only face character who talked. He still meets at Town Square at Magic Kingdom, just without a voice.

Do you have a Walt Disney World attraction you wish were still around? Tell us about it on facebook!