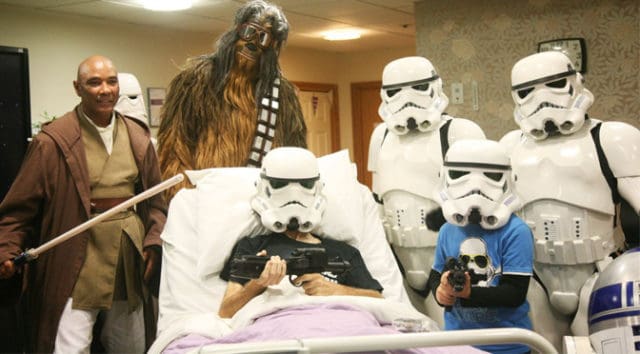 A hospice patient and Star Wars fan got one last wish this Christmas season.

A dying man and his family have been able to watch Star Wars: The Rise of Skywalker before its December 20 release.

Rowans Hospice in Waterlooville, Hampshire, sent out a plea to Disney on November 26 to get a copy of the film for their patient. Check out their tweet below:

Sadly, the man does not have time on his side and is not expected to be able to see it when it comes out in just a few short weeks.

So much support came flooding in after, with retweets, likes, and upvotes on Reddit.

Disney, being able to pull off magic like this in a way no one else can, was able to send a copy to the Hospice center! Talk about heartwarming. Just what Walt would have done.

The hospice then tweeted with a heartfelt thanks from their patient. He said, “I just want to say the biggest thank you to everyone that has helped to make this happen. During what is just a horrible situation to be in, you have helped to make some wonderful memories and bring some joy to my family.”

Where are my tissues?

Mark Hamill even tweeted about the story, stating he was thankful for Disney making this happen and that he hasn’t even seen the movie himself yet.

This is the magic of Disney everyone always talks about. It’s not just about movies and theme parks. It’s about bringing joy to those who need it and making this world a better place by displaying such generous and kind acts. 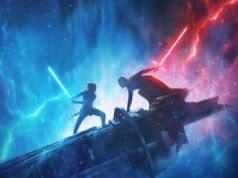 Star Wars: The Rise of Skywalker Coming to Disney+

“Star Wars: The Rise of Skywalker” May Cause Seizures, Disney Warns