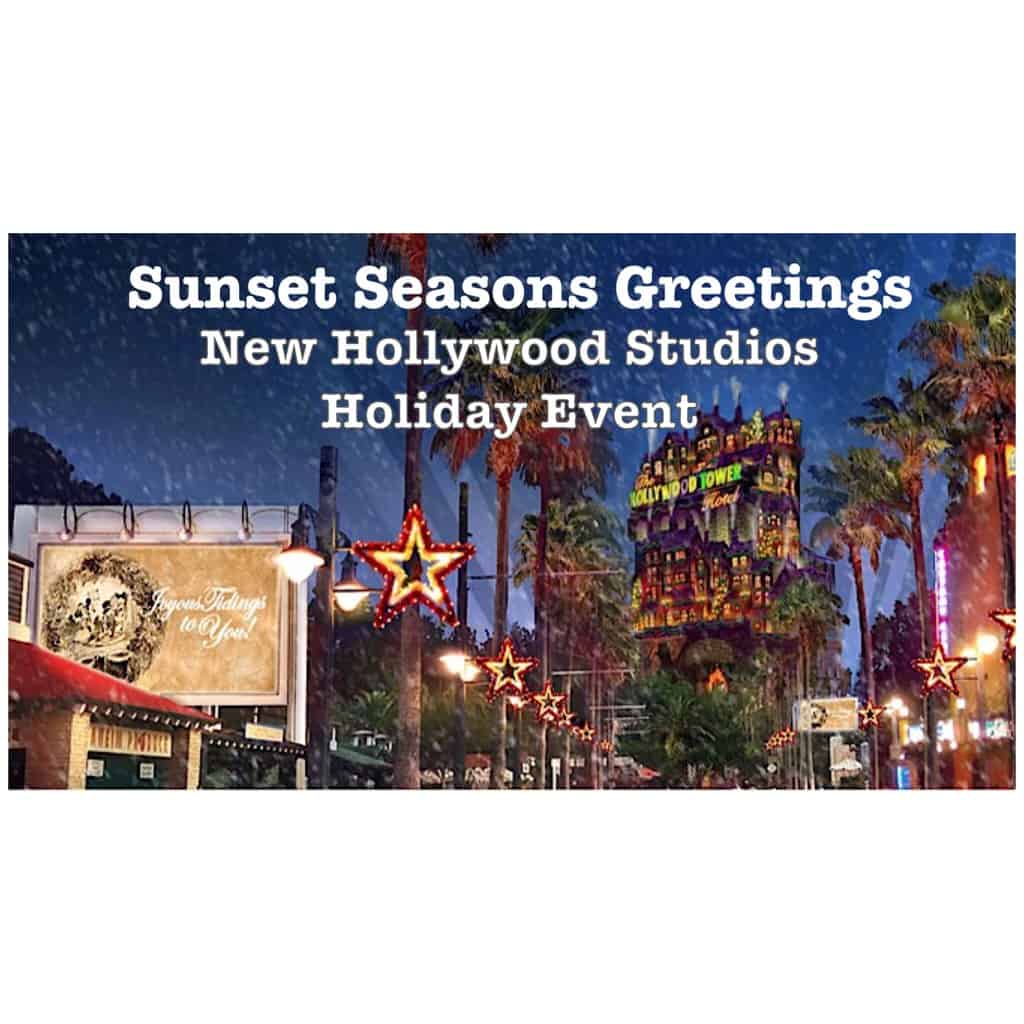 Happening in the evenings, Hollywood Studios transforms Sunset Boulevard into the new Sunset Seasons Greetings. Billboards come to life and tell a story that has characters from all around the park playing a part as they tell what they love most about the Holiday season. Even the Hollywood Tower Hotel, better known as The Twilight Zone Tower of Terror, will be transformed as the characters’ stories are brought to life.

These fun moments mentioned above will include:

Mickey and Minnie will reminisce about a hometown Christmas as the holiday scene changes into a romanticized, Norman Rockwell-inspired town. The story begins in black and white. Then it slowly transitions to color.

Play guessing games with the Toy Story characters as scenes are covered with wrapping paper. What new toys are inside?

Do your best to interpret as our favorite Swedish Chef from The Muppets explains the his steps as he turns the scene into giant gingerbread houses.

The final scene has Olaf pining his holiday wish. As music plays, the scene freezes over into a Frozen winter wonderland. You will even be able to see Aurora Borealis lights and play in falling snow!

As is usual for Disney shows, this one comes with the following fine print: “All entertainment is subject to change without notice”.

Spending the Holidays at Disney World is even more magical than other times of the year.  This latest Hollywood Studios celebration along Sunset Boulevard will just add to that seasonal Disney magic.  What Holiday offering at Disney World do you most look forward to when visiting?