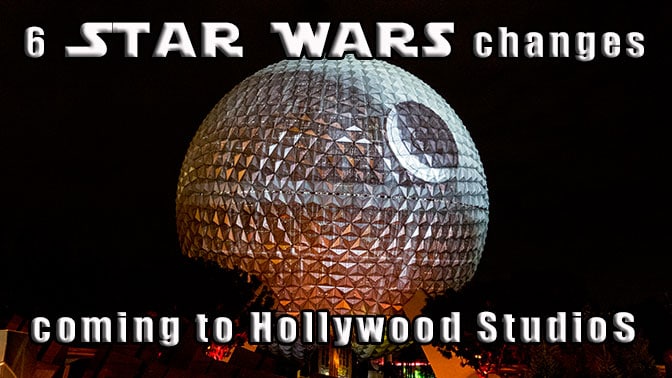 First, the new Advanced Weapons Research (AWR) Troopers will join the new version of the “Star Wars: A Galaxy Far, Far Away” stage show that offers many characters from the Star Wars universe like C3PO, Darth Vader and Kylo Ren. These new Troopers are the bodyguards of Director Krennic, a key figure in Rogue One.  The Rogue One movie will refer to them as “Imperial Death Troopers.”  But that name probably won’t play well in the theme parks with little kids.  As I mentioned previously here on the blog, the show is expected to begin using a mobile stage.  The semi-permanent stage has been removed.  You’ll see the new version of the show with the AWR Troopers beginning December 16, 2016.  The show plays multiple times per day and is listed on Character Locator for easy planning. Second, As I mentioned previously, the Star Wars – A Galactic Spectacular Fireworks will come back from hiatus early.  They will return on December 16, 2016 instead of January 1, 2017.  The show will feature some vignettes from Rogue One.

Third, Star Wars Launch Bay has been updated.  It now offers props from Rogue One: A Star Wars Story that includes things like the Imperial Shuttle, Shoretrooper Blaster, a U-wing gunship and a Death Star Model.  New behind the scenes footage is being added to the Launch Bay Theater director’s cut series.  These updates will also occur in Disneyland.