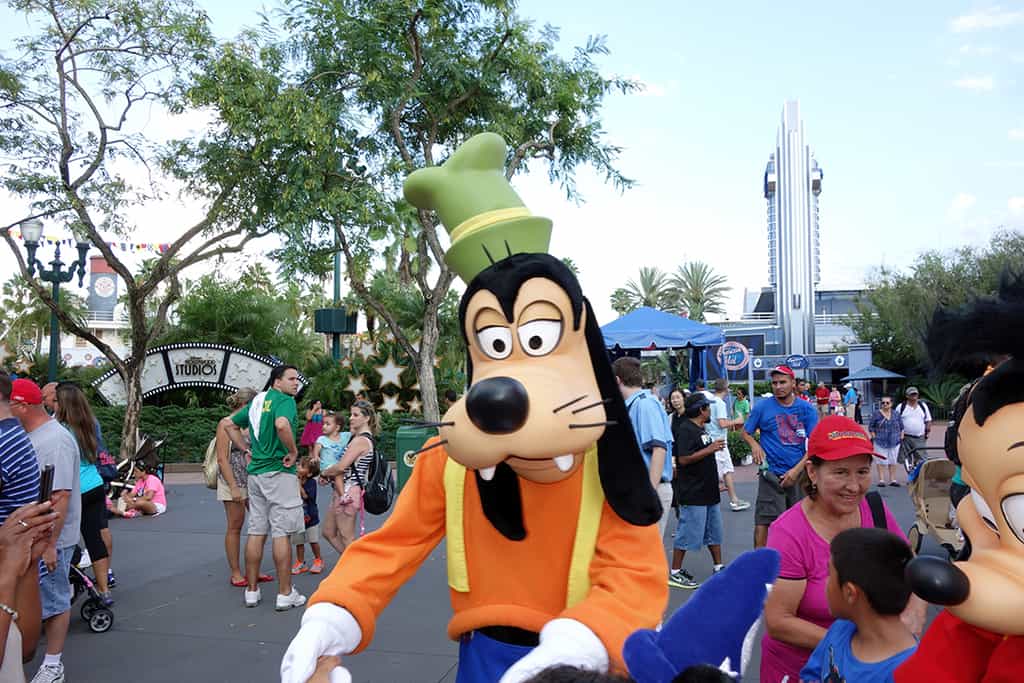 According to Cast Members changes will be occurring Sunday, July 17, 2016.  From what I was told Bolt, Max, Lilo and Stitch will cease offering regular meet and greets at Hollywood Studios.

Additionally, changes are occurring with Daisy, Donald and Goofy.  Daisy is said to be switching to her pink dress that she wears in Epcot.  Donald will switch to his classic Blue Sailor suit.  Each of these ducks will then move to the front of the park near Sid Cahuenga’s on the left as you enter.  For those of you hoping for a Sailor Donald meet, this is your chance!

Goofy will switch to his classic cartoon orange shirt, blue pants and green hat like he wears in Epcot Character Spot.  He will begin meeting along Commissary Lane near ABC Commissary.

The changes are being attributed to the Star Wars – Far, Far Away show needing the space that the characters used backstage at the Great Movie Ride.  There’s no word on how long this arrangement will last.

What do you think about the rumored changes?