I attempted to use the My Disney Experience app this morning to book my upcoming Fastpass+ and ran into some issues,  so this is how I was able to book my Fastpass+.

found Frozen Ever After for June 21, 2016 because I have an single night stay booked so I could experience Frozen Ever After a couple of times on day one.  (Assuming no preview).  I had no issues using the Android Mobile app for this.   I found the following tiers:

Frozen, Living with the Land, Test Track and Soarin’ will all open at 9:00am, so you’re going to have to wait in the regular line for 2 of these.

The new Frozen ride will have the lowest capacity followed by Test Track, then Soarin.  I would recommend 2 days at Epcot to take it all in and include the new Anna/Elsa meet which doesn’t include Fastpass+. In a 7 day trip visit Magic Kingdom 2x, Epcot 1.5 to 2x, Animal Kingdom 1 to 1.5x and Hollywood Studios 1x.  I work on some new plans this week for Character Locator subscribers.

It appears from Disney scheduling that Jungle Book will only offer 2 shows per night from May 28 through September 5 at this time.  The shows will be offered at 9pm and 10:30pm.

I wasn’t able to find the show on their App, so I quickly switched to their mobile website where it appeared.  Animal Kingdom will continue as a park with no Tiers and your allowed to choose 3 of the following Fastpass+.

Your priorities should be Jungle Book, Safaris at night and Kali River Rapids or Expedition Everest.

You could also opt for a Jungle Book dining package at Tusker House or Tiifins.

Here’s some details from Disney:

Enter a wild world of wonder, one inspired by sights and sounds from The Jungle Book and timeless Indian celebrations!

Beginning May 28, 2016, gather your friends and family as evening falls over Disney’s Animal Kingdom park, and make your way to Discovery River. There, by the water’s edge, an Indian celebration of survival, courage and friendship is about to unfold.

The Jungle Book: Alive with Magic is the tale of a human boy, Mowgli, and all his animal friends and foes. But while you may be familiar with the tale, you’ve never experienced it quite like this!

Come along as impressions of the film’s iconic characters take you on a journey following Mowgli’s exciting, perilous and sometimes hilarious jungle encounters. Watch as barges teeming with jubilant singers, Indian musicians and colorful performers take to the waters and enhance the tale with music and song—while fellow players join in from nearby river banks. And thrill to the breathtaking sight of light displays and massive water screens projecting imagery from the blockbuster film!

Don’t miss your chance to feel the spirit of The Jungle Book surround you in a lively celebration of music and visual artistry. Featuring rousing Indian-inspired pop-style arrangements of the movie’s hit songs “Trust in Me,” “Bare Necessities” and “I Wanna Be Like You,” this uplifting musical presentation builds to a show-stopping finale.

So “forget about your worries and your strife” and swing on by for this musical, magical, madcap sensation that’s hooting, screeching, howling good fun for the whole family! 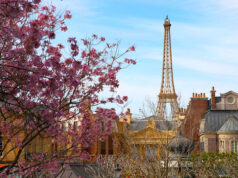 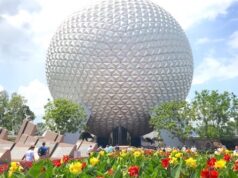 Rumor: This Fan Favorite Tour appears to be Returning