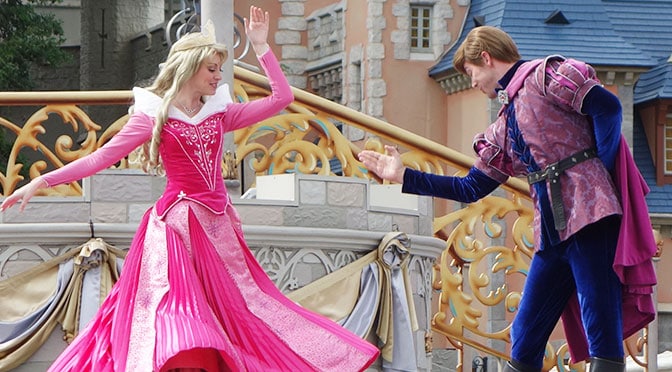 Dream Along with Mickey will close in coming months to make way for a new Castle stage show to be known as “Mickey’s Royal Friendship Faire.” Dream Along with Mickey has been playing at Walt Disney World’s Magic Kingdom since the 2007 Year of a Million Dreams with very few changes in that 8 year period.  So, it’s time for a new show.  “Mickey’s Royal Friendship Faire” will begin in summer 2016 with no actual opening date provided.

This new show will feature Mickey along with characters from movies including Frozen, The Princess and the Frog and tangled.  I’m excited for the last 2 but I’m pretty much Frozen out now.  It seems as though Disney history is only about 5 years long now.  We could include Tarzan, Hunchback or many other great songs.  I’m sure it will be a fun show.  I don’t see any villains mentioned or sketched out though. In “Mickey’s Royal Friendship Faire,” Mickey and his troupe of Merry Makers have been preparing to host a joyous festival and have ventured far and wide to invite friends from other lands to join their celebration. From the Land of the Bewitching Bayous, Goofy has invited Tiana, Naveen and Louis to add a little spice of New Orleans jazz to the party. From the Land of the Enchanted Woods, Donald Duck brings some new friends he met at the Snuggly Duckling, and Daisy introduces us to her special guests, Rapunzel and Flynn Rider. Finally, Mickey shares a surprise with Minnie, as he has traveled to the Land of the Mystic Mountains to invite Olaf, Anna and Elsa, who contributes a blast of her icy magic. It all culminates in a grand dance, as the Merry Makers invite all their special guests to join in the fun on this special day in Magic Kingdom Park!

Some are trying to prognosticate a closing date for Dream Along with Mickey based on Disney World entertainment schedules, but I’ll wait until I hear a closing date from the cast before announcing that.  I’m pretty certain we’ll see the new show by the time Soarin’ reopens in early June.