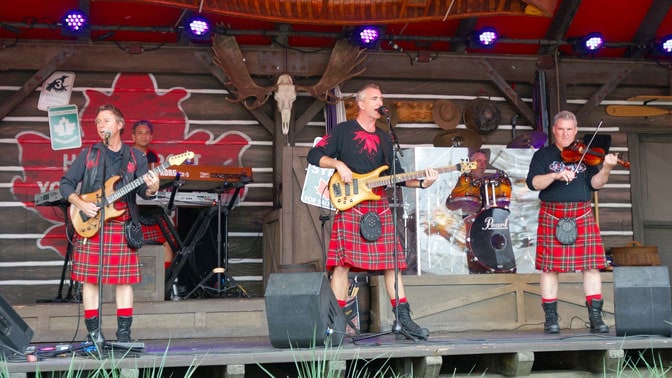 In an attempt to move toward a more authentic World Showcase experience at Epcot, Walt Disney World has announced the upcoming replacement of some entertainment acts that have a huge folowing.  Mo’Rockin, Off Kilter, Spirit of America Fife & Drum Corps and World Showcase Players will be removed from Epcot.  Rumors point to late September in the September 27 range.

Disney states, “New experiences debuting over the next several months will contribute to the rich mix of entertainment at Epcot, and provide fresh experiences for our guests. In the near future, you can look forward to enjoying a traditional Berber music and dance troupe in Morocco, a corps of dynamic flag-waving performers in Italy, a thrilling lumberjack-inspired show in Canada, a Celtic folk music ensemble at the United Kingdom, and more.

We always enjoy taking in the World Showcase Players, so they will be missed for our family, but Epcot has presented the same acts and,  in many cases, the same songs for many years.  A refreshment is long overdue for a park that is supposed to be always changing.  Rumors have been pointing toward Maelstrom changing to support more of a Frozen theme that could begin as early as late September as well.

What do you think of these changes to Epcot’s World Showcase?