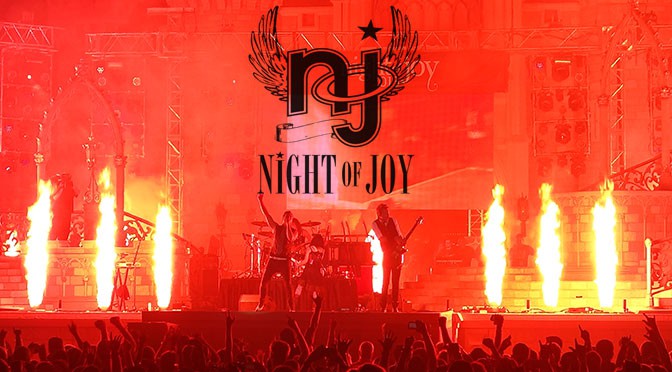 Ticket’s for this year’s inspirational event known as Night of Joy to be held at Walt Disney World’s Magic Kingdom are now on sale at www.nightofjoy.com.  A single day ticket will set you back a cool $59 with advance purchase and $69 at the gate.  A two night ticket is $108 and it also will include a single use ticket for Blizzard Beach, Typhoon Lagoon or Disney Quest.  Purchase deadline for the two night ticket is August 5, 2014.  Group discounts are available for groups of 10 or more.

The event brings in some of the top talent in the Christian music industry and they put on some great shows.  I was there last year for the Skillet concert and would say it was one of the best live concerts I’ve attended with Fireworks and Rock n Roll music blasting it’s positive messages.

The Night(s) of Joy requires separate “hard ticket” admission from the standard Base or Park Hopper Ticket and it’s enforced by the Cast Members that you must have a wristband to stay around like the Halloween and Christmas Parties.  The festivites take place from 7:30 pm to 1:00 am and admission does include all the concerts, as well as the rides at the Magic Kingdom being open throughout.

This year’s artists will include: